Ariel Pink is a Heretic 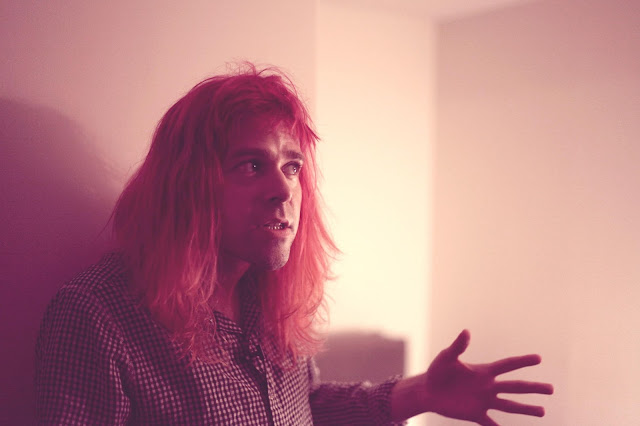 As Secretary-treasurer of the International Society for Heresy Studies, I attended the ISHS conference in June. After the conference, we were asked to write a reflection on what we encountered at the conference. My reflection ended up being a profile of Ariel Pink as a heretic. The piece is featured in the ISHS newsletter, but I figured I would post it here.


At the 2016 Heresy Studies conference I was particularly struck by Jeff Robbins’ discussion of what it might mean to be a heretic today. He first looked at the example of Spinoza, who was condemned as a heretic. What qualities did this event have that can be found today? Robbins emphasized two: loneliness and sacrifice. A heretic is one who espouses something that alienates her and costs her. A heretic is an outcast, one who occupies a negative space, rejected on more than one front. A heretic is also someone who suffers for what she espouses. Robbins offered Pier Paolo Pasolini as a potential heretic today. I suggest Ariel Pink to be another.

Ariel Pink is an experimental pop musician. In addition to being a musical genius, he is known as “the most hated man of indie rock.” This is because of the way he has presented himself to the world. His philosophy is to “get in touch with your weird.” In Ariel Pink’s life, this has often manifested itself in outlandish and offensive statements in interviews, on stage, and on social media. Pink, says a writer for The Guardian, not only deviates from the artist’s script of kneejerk liberalism, but rips it up entirely, which has led him into strange territory. “It’s not illegal to be an asshole,” he says, in response to a question concerning misogynistic comments he made when he recalled being maced by a feminist. He had initially responded to the accusation by tweeting, “What if I committed suicide and tweeted, ‘Thank you, guys. You were right’?” Pink has also playfully criticized homosexuals for wanting to get married, and has flippantly dismissed activist groups.

It is difficult when encountering certain statements from Pink not to think of Donald Trump (a comparison Pink might actually invite!). However, Pink seems less invested in what he’s saying, and he says it with an understanding that he does not have a substantial group of defenders. His fans may like the music, but that does not stop them from despising (or at least objecting to) the person. His purpose (if he can be said to have one) is, for better or for worse, to be subversive to a P.C. culture that claims the moral high ground and polices speech. What I thought about when I was listening to Robbins’ lecture was that the most hated man in the indie rock world—a world characterized by hypersensitive reactionism—takes up a heretical position. It has, as Robbins says of the heretic, cost Pink a lot, taking a toll on his life and career. Pink, like Pasolini, stands alone, and without defense.

That heretics are cool seemed to be a common sentiment at the Heresy Studies conference (and, generally, you wouldn’t look to me to contradict it). Pink, however, gives us an example of a heretic who may actually not be cool. While the subversive role is a much-needed one, heretics give us no guarantee that we’re going to like the way they play it.