Book Review: "War in the Hebrew Bible" by Susan Niditch 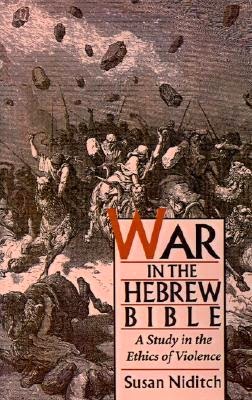 
the herem (placing under the ban, devoting to total destruction) as God's portion, in which total annihilation of the enemy is practiced as a sacrifice to God;

the herem as God's justice, in which total annihilation of the enemy is necessary for the preservation of holiness in Israel due to the evil of the enemy;

the priestly ideology of war in Numbers 31, in which virgin women are spared because they haven't been defiled/marked by the enemy;

the bardic tradition of war, in which war and warriors are glorified as noble, and a kind of chivalry and respect towards enemies is developed;

the ideology of tricksterism, in which the weaker community of Israelites use deception to outwit the more powerful enemy;

the ideology of expediency, used by Israel when they possessed considerable power, is a more brutal war tradition in which violence knows no bounds and emphasis is placed on going to whatever lengths to get the job done;

and finally, the ideology of nonparticipation is that in which the Israelites do no fighting, but Yahweh is the sole agent warring and bringing victory on behalf of Israel.

With these categories, Niditch offers a helpful schema for studying the Hebrew Bible's war traditions. Although, it might have been better arranged in a somewhat more chronological order, with regard to Israel's history. While I understand the difficulties of developing a timeline for Israel's development, and while the arrangement she has provided flows well ideologically, it might have been more helpful if Niditch provided a progression of thought in Israel's history. For example, she places the ideology of nonparticipation (in which the Israelites sit back and watch as God does all the fighting for them) at the end of her book, even though this war tradition is the kind found in the earliest textual example of war in ancient Israel, that of the victory at the Red Sea in Exodus 15.

While the book's sub-title is "A Study in the Ethics of Violence," it might have been better as, "A Study in the Israelite Ethics of Violence." I would have appreciated more input from Niditich's own approach to the ethics of violence. Hints of it are present in the text, but it mainly consists of Israelite approaches to the ethics of violence--which, of course, is absolutely necessary to the book, but I don't think it should have taken focus away from Niditch's own views.


Purchase War in the Hebrew Bible on Amazon (here)

Posted by John Daniel Holloway at 11:40 AM