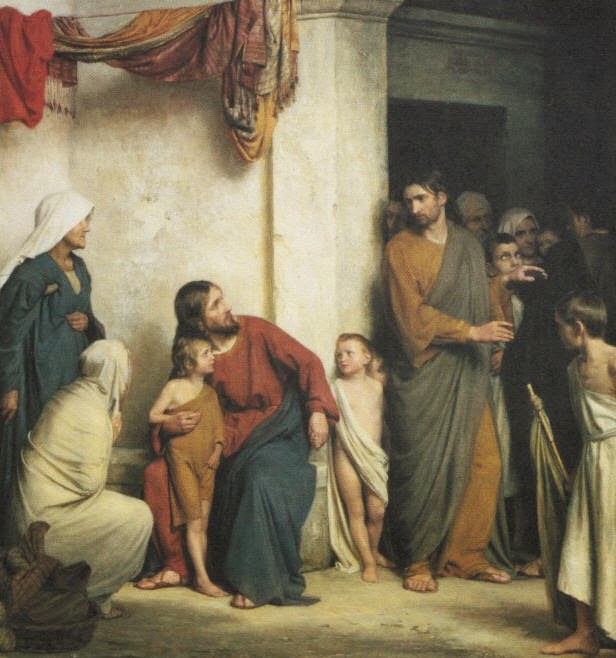 Christianity on a massive scale has embodied a message of alienation. I don’t think Christians throughout America are being persecuted; but if we are, might we deserve it?

If I’m going to be persecuted, I want it to be because I minister Christ’s message of reconciliation to the world.

I don’t want to be persecuted because I demand my right to alienate people.

Do for others what Jesus did for you. Love so as to inspire transformation.

Don't you realize that you have not only alienated most homosexuals, pushing them so far away from the church, along with many of their supporters, but now helpless children are suffering because of it?

Go on WorldVision.org. Flip through the pictures of the children that don't have sponsors, and then tell me your self-righteous stance on homosexuality is worth it.

"Whoever receives one child in my name receives me, but whoever causes one of these little ones to stumble, it would be better for him to have a great millstone fastened around his neck and to be drowned in the depth of the sea." - Matt. 18:5-6

"When Christians declare that they would rather withhold aid from people who need it than serve alongside gay and lesbian people helping to provide that aid, something’s very, very wrong." - Rachel Held Evans

I say, when Christians declare that they would rather withhold aid from people who need it than serve alongside gay and lesbian people helping to provide that aid, then maybe we deserve to be persecuted.

Posted by John Daniel Holloway at 9:09 AM