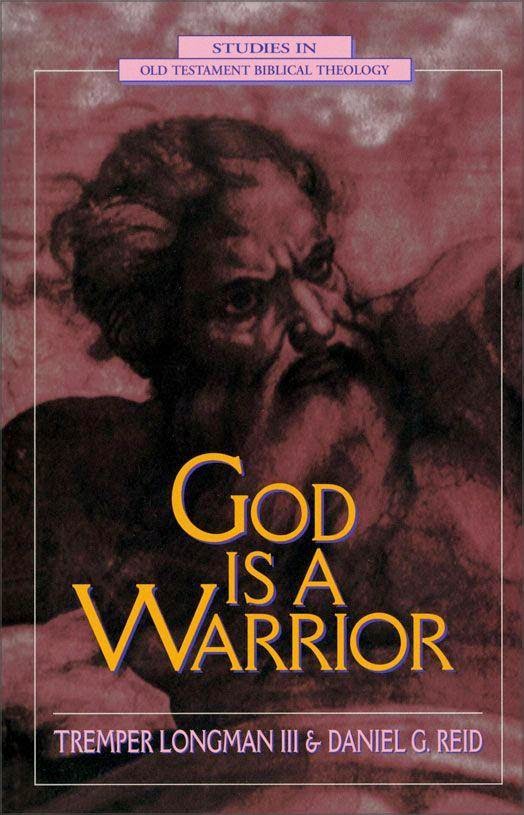 In God is a Warrior, Tremper Longman, III and Daniel G. Reid provide an overview of the warrior theology in the Bible, particularly geared toward evangelical Bible students. The first half of the book is dedicated to describing the Old Testament's warrior theology, and the second describes the warrior theology of the New Testament. One has to read between the lines to get at what Longman and Reid are suggesting, but what one finds is a conservative evangelical take on the Bible's depiction of God as a warrior. Essentially, Longman and Reid provide that all of the Old Testament's claims about God's militant nature are echoed in the New Testament: "the Lord of the second covenant is the same as the Lord of the first" (p.188).

The most pervasive problem with the book is its lack of dialogue with opposing or alternative views. This is most likely due to the fact that the purpose of the book is to inform evangelical students about the Bible's depiction of God as a warrior. Even so, one should not teach by telling the learner what to think. In order for students to actually learn, they have to be presented with differing viewpoints.

An alternate view which Longman and Reid could have benefited from entertaining is that of T.R. Hobbs in his book A Time for War. He affirms that the New Testament echoes in a lot of ways the warrior theology of the Old Testament. The main difference is that Hobbs understands the New testament as transforming that theology, instead of simply affirming it: "the key to understanding [Jesus'] ministry, his message and his death and eventual resurrection, is the transformation which popular and traditional concepts undergo in his teachings."(1) To say that the New Testament utilizes a lot of the same warrior language that the Old Testament used is not to say that the NT affirms everything about the OT's warrior theology. As Hobbs suggests, it would be better to see the transformation that the warrior theology undergoes in the NT.

Ironically, Longman and Reid outline quite well the transformation, without acknowledging that it is indeed a transformation. In most of the discussion of the OT warrior God material, Longman and Reid go over the enemies of Israel that become God's enemies. In the OT, God was a warrior against flesh and blood. However, in all of their discussion of the NT warrior God material, God is a warrior against the principalities and powers, against evil, against chaos. I think an essential and radical claim that the NT dares to make is that Yahweh is not a warrior "against flesh and blood, but against the rulers, against the authorities, against the powers of this dark world and against the spiritual forces of evil in the heavenly realms" (Eph. 6:12).

Another essential element that Longman and Reid miss is the new way of doing battle revealed in the NT. In the NT, victory is achieved through self-sacrifice, not coercive force. The Cross reveals the true nature of God's warrior activity, and it is echoed in Revelation, in which, "The Messiah has certainly won a victory, but he has done so by sacrifice . . . [and] the people of the Messiah . . . share in his victory, but do so similarly, by sacrificial death rather than by military violence."(2)

As an overview of the Bible's warrior theology, Longman and Reid's book is informative, but no more-so than other books on the subject. Furthermore, their lack of dialogue with opposing views, and their argument's (perhaps consequent) lack of nuance makes this book second-rate.


Purchase God is a Warrior on Amazon (here)