Apathy is the Work of the Devil 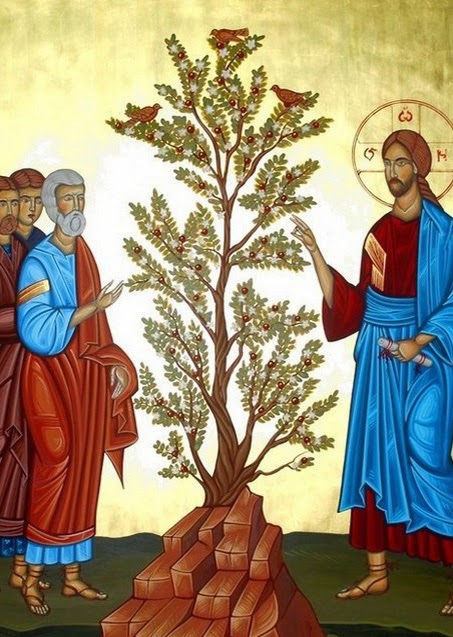 Conservative Christians are generally pretty good at teaching Christian ethics for the individual, moving towards the alleviation of one's sin and helping people break free of their individual bondage.

Liberal Christians are generally pretty good at teaching Christian social ethics, including care for the poor, care for the environment, and so on.

I will demonstrate this by using John Lennon as an example. Lennon was in sync with Jesus in that they both taught peace as the ultimate goal we should all be working towards ("War is over if you want it," is basically the Christian message--I'll deal with that in a future blog). However, John Lennon was also a very angry person, and I'm not talking about righteous anger. He was often impatient, belittling, explosive, verbally abusive, and in at least one case, physically abusive. While he taught "do everything for peace," he often failed to actually embody peace. As Richard Rohr says, activists "might have the answer, but they are [often] not themselves the answer."(1)

Jesus shows us that you cannot be an activist for social change without being an activist for your inner change. I watched an interview of a millionaire businessman and democrat describing what he does with his money. Since he doesn't need or want millions of things, he doesn't stimulate the economy through consumption, because one person can only spend so much. So what does he do? Capital gains. He turns his money into more money, accumulating more and more. He also exploits tax loopholes and ends up paying a lower percentage than many of his subordinates.

This, he says, is bad for the economy. He shouldn't be able to do that. He says we need to change the system so this kind of thing can't go on. Does it occur to him to maybe...stop doing it himself?! How funny it is that rich democrats believe in taxing the rich in order to provide for the needs of the poor, and yet they often keep most of their wealth for themselves. Sure, maybe they give to charities now and then, but is it ever enough to actually make a dent in their finances? Is it as taxing as their political opinions are?

My message to conservatives and liberals--as well as to myself!--can be summed up in Lennon's words: "Apathy isn't it. We can do something." Apathy in the face of evil is indifference to evil. You can be cognitively aware and attentive to the evil and injustice in the world, but you are ambivalent towards it if you are apathetic. As Thomas Merton says, "How can we claim that our inertia is innocent? It is the source of our guilt."(2)

Whatever your social vice is, know that Jesus said failure to be salt to the earth makes one good for nothing (Matt. 5:13).

The steps toward change, social or personal, will for the most part be small. Whether you're trying to be a more Christ-like driver, or you're trying to reduce student loan interest rates, it will be a long, inch-by-inch road. But as Jesus showed with his mustard seed analogy, little things have power, for they can grow. Don't mistake lack of action for realism. As Heschel says, "remain[ing] neutral, impartial, and not easily moved by the wrong done unto other people" is "an evil most of us condone and are even guilty of."(3)

When it comes to social change and personal change, I am guilty of failure in both courts. We all are. The Christian response to that is not apathy. It is not, "What's the use?" The Christian response is to seek the realization of the kingdom of God at all times, through failure and victory, through small changes, big changes, bad changes, or no changes. Apathy is the work of the devil.

"All of heaven is waiting on us. I can hear all of creation crying: 'We're waiting!'" - Jason Upton