Is My Faith in Trouble If the Fall of Jericho Didn't Happen? (A Response to V. Philips Long) 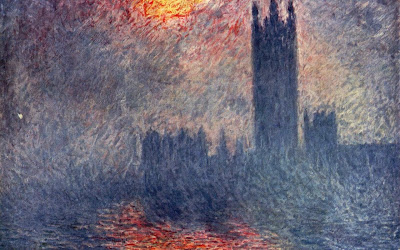 For decades, the dominant consensus in biblical archaeological research has suggested that the story of the Fall of Jericho in Joshua 6 (as well as the other conquest narratives) is not a record of an actual historical event. This presents a problem for Christians who are used to taking for granted the historical trustworthiness of the Bible's narratives.

V. Philips Long, in his book The Art of Biblical History, deals with this issue in a chapter about whether or not the historicity of the events in the Bible is important for our faith. He concludes that not only is it important, but Christian faith hinges upon the historical trustworthiness of certain events described in Scripture (for example, the resurrection).

At the end of the chapter, he discusses the less central story of the fall of Jericho. He concludes that the "Christian faith might well survive without the razing of Jericho, since it is not the razing of Jericho but the raising of Christ that saves us."(1) That being said, he goes on to say, "On what basis do we believe that Christ was raised? Surely an important part of the answer . . . is that we do so on the basis of trust in the scriptural testimony to that event."(2) He further concludes that it is possible that, if the fall of Jericho did not actually happen, our faith is in vain "because we would be made less sure either of the trustworthiness of the biblical witness or of our ability to discover its basic sense."(3)

While I agree that the Christian faith has at its cornerstone certain events that are essential to the whole picture (that Jesus lived, died, and resurrected as the Son of God, and that the Gospels capture who he was, is absolutely essential), I have problems with his overall conclusion on the historicity of the Bible's 'historical' narratives.

1) The fall of Jericho had to happen because it makes us less sure of the Bible's overall historicity if it didn't? This is not a reason to say it happened! "If this story isn't true, then it makes me question whether or not these other stories are true; therefore, it needs to be true." This is a non-sequitur if I've ever heard one. If the fall of Jericho didn't happen, then it didn't happen; if that causes us to doubt the historicity of the resurrection, then we will just have to deal with that. Dismissing the problem by affirming the historicity of all of the events in Scripture is not an actual solution.

2) I find Long's conclusion in this chapter unfortunate, as it is not as nuanced as the two previous chapters, the first on the many different genres included in the Bible, and the second on the use of fiction in writing history. On genres, he emphasizes that we have to expect different things from different genres. For example, we shouldn't treat a parable like a historical narrative. On fiction, he says, "historical reportage [in the Bible] is often more akin to painting than photography"--specifically, his example was impressionist painting.(4) He defines historiography as involving "a creative, though constrained, attempt to depict and interpret significant events or sequences of events from the past."(5)

While his assessment of genres and fiction in the Bible might be a display of mild positivism, it does recognize that when we are dealing with history in the Bible, we are not dealing with news reports, designed to provide the reader with all the right details of what happened. I found these to be strong chapters.

His conclusion here, however, did not pay respect to the nuances recognized in the other chapters. How can Long speak of "the trustworthiness of the biblical witness" if he recognizes that there are many genres in the Bible from which we should expect different things? Thus, it seems silly to speak of a "biblical witness" or of general biblical historicity, as if the Bible is one long history book. The book of Joshua is not the same kind of book as the Gospels; should we expect the same things from both? It does not follow to say that if a story in one book of the Bible didn't actually happen, then that casts doubt on stories in other books. The Gospels could be 100% historically accurate even if the book of Joshua is not accurate at all, and vice versa.

3) I think what he resists (casting doubt on the Bible's other historical narratives) should actually be embraced. We should seek to know what kind of literature with which we are dealing. For example, is the Gospel of John genuine historiography? Or is it fictionalized history?(6) Many Christians resist critical analyses of the Bible's historical narratives under the guise of not wanting to compromise their beleifs, but I think it has more to do with being afraid to find out that what they believe is wrong. I say, let your critical analyses determine what you think is true. If your critical analyses shows you that the fall of Jericho didn't happen, then accept that and go from there. If your critical analyses makes you doubt the historicity of the resurrection, study the resurrection and see what you find.

With these considerations, I will now respond to the question posed in the title:

Something I think we need to remember when studying the historicity of biblical narratives is that they approached history-writing in a very different way than we expect and are used to. Robert Alter says that a lot of the Bible's historical narratives are "chronicles of known events variously embroidered with folklore and underscored for theological emphasis."(7) They are "fictionalized history--history in which the feeling and the meaning of events are concretely realized through the technical resources of prose fiction."(8)

That being said, he also states that the "biblical authors [were] of course constantly, urgently conscious of telling a story in order to reveal the imperative truth of God's works in history."(9) The point is, ancient Israelite historiography conveyed what the authors felt was important to know about the past, and that, contrary to our modern beliefs, does not overrule the use of fiction. I don't know how much of the Fall of Jericho story is fictional, or if it even is, but I don't think it matters, as the purpose of the story was not to provide a news report on a military victory.

When it comes to Jesus, I don't know how much, if anything, of the Gospels is fictional or inaccurate, or how much is genuine historicity. What I do believe, and with good reason, is that it captures Christ's mission and message, and that the central events (i.e. his death and resurrection) have genuine historicity. The presence of fictional elements and/or inaccuracies (if they are even present in the text) does not detract from the overall portrait of the historical Jesus. In the painting above, we can tell that it is of some kind of castle overlooking waters with the sun above it. If it were based on a real place, we wouldn't get the most accurate depiction of the scene, but we can see the most significant parts; what more do we need?