Evidence Demands a Verdict: On Generalizations and Presuppositions 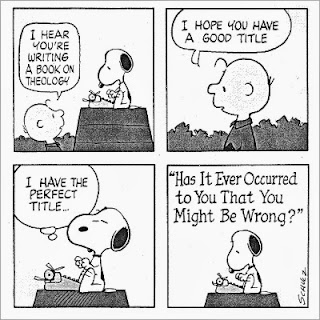 Many Christians frequently dismiss evidence by pointing to a flaw or flaws in the ideological framework of the ones presenting the evidence. This is often accomplished by reductionism and over-generalization. For example, a friend of mine rejects evolution because the scientists who advocate it have materialist presuppositions. Believing already that reality is made up of the natural, material world that we perceive and nothing more, they exalt science and reject all theology. Thus, they get evolution. This would be a good reason to reject evolution, if it were true. But it's not true. While I agree we should reject materialism (see my blogs on materialism, here), this reasoning fails to recognize that there are plenty of scientists who embrace evolution but do not embrace scientific naturalism, and plenty who are theists, and plenty who are Christians.

Similarly, many Christians like to dismiss evidence in Scriptural study because of the supposed presuppositions of the discoverers. An archeologist will tell them that there is no archeological support for the fall of Jericho story, and that the evidence actually points against such a story, rendering it virtually impossible to possess genuine historicity. A Christian might say that such evidence can be rejected because those who analyze and study it are liberal academics who reject the authority of Scripture, and so seek to find ways of debunking it. This is such a terribly false generalization that many Christian biblical scholars would find offensive.


Side note: This does not represent all of conservative Christianity's responses to such evidence; there are conservative biblical scholars who engage in a positivist mindset about the historicity of many of the Bible's stories--whether or not their arguments hold any water is a completely different discussion.

My last example comes from Greg Boyd's testimony. When he was a teenager, he found out about several of the Bible's contradictions, and they gravely disturbed him. He highlighted all of them that he could find and brought them to his Pentecostal pastor. "What do I do with these?!" he asked, "How can the Bible have contradictions?!" His pastor paused and frankly asked him, "Greg, did you have sex out of wedlock?"

This pastor refused to engage a discussion about Bible contradictions, and chose to label Greg as a rebellious sinner, and therefore, able to be ignored. Forget the evidence, forget the fact that I'm staring contradictions in the face; if I can find out that they're coming from a sinful, rebellious teenager, I don't have to deal with them. Such a blatant rejection of evidence reveals a lack of any desire to find out what truth actually is, and instead reveals a mind that only wants to blindly accept an ignorant bliss.

Don't make sweeping generalizations about presuppositions to silence evidence. Let the evidence inform your worldview.
Posted by John Daniel Holloway at 10:15 AM