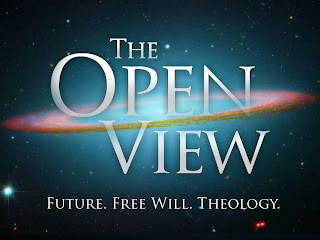 What is your understanding of Open Theism?

Matt: In layman's terms, a good understanding of Open Theism: the future is not set in stone; God has not set the future in stone; God has delegated free will and choice to the physical universe and, in doing so, that gives free choice teeth; choice is not an illusion, as in double predestination. But, in that, God sees all the possibilities of the future.

John Daniel: David Basinger highlights key factors of Open Theology: a claim about God's power, God's moral nature, God's emotive nature, and God's knowledge. With regard to God's power, it states that at the beginning of time, he gave humanity power to create their futures--free will. With regard to God's moral nature, it says that he is love and perfectly revealed in Christ, who entered into solidarity with the world, experienced time with the world, and suffered to save the world. With regard to his emotive nature, Open Theism denies God's impassibility and says that humanity affects God intimately. He suffers with, for, and because of humanity. With regard to God's knowledge (and this is the most distinct feature), Open Theism denies that God possesses exhaustive foreknowledge of the future. The future does not yet exist, except as possibilities--all of which God knows perfectly.

Why do you think people are afraid of Open Theism?

Matt: Because they're afraid of a God who doesn't know the future. If God doesn't know the future, then he isn't in control--which undermines people's trust in God. They also fear because certain theological gatekeepers have made them afraid of it. People who say, "Open Theists don't worhsip the same God as the Christian God," etc. Even if the idea has its merits, they pressure people into thinking that they're committing idolatry if they give Open Theist ideas any consideration. They may lose their salvation.
(Which begs the question: what defines a true believer? one who believes all the right things, or who is all the right things? )

John Daniel: Open Theology gets vilified. The "guardians" of evangelical theology, when they hear something they think undermines God's glory, turn such a theology into something incredibly "liberal" and paint it as something which goes against all Scripture. Not only does it undermine the glory of God (as they see it) but in their minds it completely ignores Scriptural teaching. They don't accept that the view interprets Scripture a certain way; they consider Open Theists to be rejecting parts of Scripture in order to find a God who makes more sense to them.
People are afraid because they are fed this propaganda.

Matt: I remember talking to a pretty Calvinist dude before I heard of Open Theism. He said he didn't think Clark Pinnock was really a Christian because he was an Open Theist. That's inaccurate; with Open Theism you don't redefine who God is, you redefine what omniscience is.

John Daniel: Well...that's the most unique feature of Open Theology. There are others.

How is Open Theism compatible with the blatant predestination passages in Scripture?

John Daniel: It's a case by case basis. Most of the time there's nothing incongruent with the passages about God predestining events, and God's lack of exhaustive foreknowledge. God can know in the future whatever he decides is going to happen--when he decides that he is going to do something, he makes it happen. He knew that he was going to send Jesus; he could know that because it was his choice. Sometimes he does make executive decisions, but, again, it is a case by case basis depending on the particular Scriptures that mention predestination. Lots of times the text doesn't actually say when he predestined such things. None of those verses require us to think he presdestines all things, or that he has exhaustive foreknowledge of the future.

Matt: So what you're saying is, as opposed to the classical view of omniscence, God's omnipotence causes something to happen rather than the future being set in stone?

John Daniel: Yes. He can make executive decisions because of his omnipotence.

Matt: Not fatalistic? He was planning it, but he made it happen in the moment?

John Daniel: I think God can look into the future as it is--as possibilities--and see a need. He knew that Christ would be a necessity; so, before time began he predestined Christ's coming. 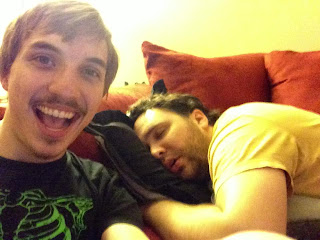 Does Open Theism lead to the rejection of biblical inerrancy?

Matt: Since I don't buy into the concept of inerrancy, this is kind of a non-starter for me. I believe in inspiration; but if we're talking about the Bible being completely historically and scientifically inerrant, then no I do not believe that. When it comes to Scripture, I think Open Thesim, instead of imposing fatalism on the text, allows the Bible to say what it's actually saying. And it allows you to take into account things like genre, historical setting, and what modern science has told us about the world and about time. It makes our understanding of Scripture potentially richer.

John Daniel: I agree with Matt. But I will add that I absolutely do not think Open Theism requires a rejection of biblical inerrancy. I suppose it doesn't look good, however, that I also don't buy into the inerrantist view of scripture. But I, like Karl Barth, still treat the Bible as inerrant in its teaching. Though there may be historical things we can't explain, and it's not a book of science or inerrant in its details, and it does include human elements, I think the teachings of Scripture are absolutely inerrant. In that, you could be an inerrantist and an Open Theist because the two beliefs are unrelated. They're two different topics. You dont have to deny inerrancy to say that God faces an open future.

Matt: Michael Saia might confirm. He holds a very conservative view of Scripture, and yet, is in Open Theist.

John Daniel: I'm an Open Theist because of Scripture. When God says "perhaps" and "if," I take it seriously, and I include it in my assesment of God's nature. Thus, there is no denial of biblical inerrancy inherent in Open Theism.

Question from Debbie: My interaction with strict inerrantists has shown me that they read the Psalms with just as much authority as the prophets or the words of Jesus or of Paul. And all throughout the Psalms is language of God's foreknowledge, and basically just language that says a lot about foreknowing and predestining and, so, it kind of refutes Open Theology in general. So, that kind of inerrantist probably would have a problem with Open Theology. Your thoughts?

John Daniel: I don't agree that the Psalms support exhaustive foreknowledge and predestination as you say. Some seem to support it, but they don't require it. When the psalmist says "you know my actions before I do them," the point is not to theologize about God knowing the future. The point is to say how well God knows him. I still think God knows the person so well that he knows what he is most likely to do, and he is not at all surprised at what he does. And I think you can be an inerrantist and look at the Bible in a more realistic way.

Open Theists tend to focus on the love of God, as claimed by both critics and advocates. Is there a place for God's wrath, holiness, and judgment in Open Theism?

Matt: I don't think Open Theism does away with God's wrath. It does do away with the Calvinist notion of double predestination (i.e. that God predestines some people to Heaven and others to Hell regardless of their will). It takes choice seriously, and it isn't any different from Wesley's prevenient grace, anyway. So I don't know what the fuss is about!

John Daniel: It also does away with the Calvinist understanding of God's wrath. In Open Theology, wrath is not something that brings God glory, but rather is something that breaks his heart.

Matt: I guess that depends on which Open Theist you listen to. I like Boyd's idea that God sees all of the infinite possibilities--which...put your head around that: ALL of the infinite possibilities--as a opposed to one set plan. However, If your idea of a big God is that of a God who needs to know everything in advance, and you want to continue dealing with the "paradox" of a God who knows the future, possibly causes the future, and yet still gives man free will, and then you want to say, "Well, we'll just never understand God, I guess"--well, then, two things: 1) I smell "cop-out" and 2) good luck...you're probably still going to Heaven.

What do you think?
Feel free to join the conversation in the comment section below.
Posted by John Daniel Holloway at 11:58 PM