Why I Am an Open Theist 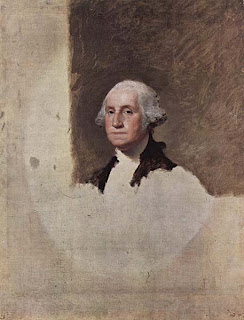 In case you haven't gotten this in my past blogs, I am an open theist. This entails many things, but the one that is distinct from other Christian views is the belief that, to God, the future is made up of possibilities and not exact certainties. Thus, God does not possess exhaustive foreknowledge (Click here if you want more information). I came to this conclusion about a year and a half ago. Here, I will not discuss all the ins and outs of how I view God's foreknowledge, but I would simply like to share why I came to this conclusion.

Because the Bible Tells Me So

I originally decided on open theism while taking a class on the Prophets. I was writing about the suffering of God in Jeremiah and I picked up Terence Fretheim's book The Suffering of God. In my reading of Jeremiah, I was struck by 26:3: "Perhaps they will listen and everyone will turn from his evil way, that I may repent of the calamity which I am planning to do to them because of the evil of their deeds." I realized that there are many verses just like this, where God says "If" or "Perhaps" in such a way that it suggests that he does not exactly know what the outcome will be. I saw that Fretheim had a chapter on the subject of God's uses of these words, and so I read it. I didn't know then that Fretheim is an open theist (nor did I know what open theism was), but when I read his chapter, I highlighted so much of it because it made so much sense to me.

It is important to note that the deciding factor for me had nothing to do with whether or not God's foreknowledge limits human freedom (which is what it was for most open theists). That idea hadn't even crept into my mind at that point. My decision was solely based on the passages of Scripture in which God doesn't seem to know exactly what is going to happen.

That being said, once I accepted the view, several other elements came into the picture.

The idea that did bother me was that if God has foreknowledge, then it limits his freedom. Think about it. If God knows exactly how things are going to turn out, then he knows exactly how he is going to interact with the world for the rest of time. Furthermore, since he cannot be wrong in his knowledge of the future, he has to interact with the world in the future the way that he sees it. He can do nothing else but what he sees himself doing in the future. Thus, God's freedom is limited.

God: Past, Present, and Future?

Many would disagree with the last section because they look at the God-time relationship in a completely different manner. Past, present, and future, in their minds, are all present to God in the "eternal now." What we call past, God is experiencing as present; what we call future, God is experiencing as present. Time is a book, or a movie, with a beginning, middle and end. Since God is outside of time, and since he is omnipotent, they believe he is in every page, every moment, all at once. This view assumes that time is already completed--that the future has already been resolved and we are just living out a part of the completed product of time.

I do not view time this way. I view time more like an unfinished painting. God started the painting at the beginning of time, and equipped us with a brush and paint with which we can paint our futures. Yet, we live inside the painting (thus, not the best analogy. But what analogy could properly describe God's relationship with time?). God doesn't live inside the painting, he is beyond it. He transcends it, and yet is immanent in it. Unlike us, he is not bound by the canvas or the frame. That being said, the painting is unfinished, so there is still a past, present, and future of the painting--even to God, precisely because he created it that way.

The idea that the past, present, and future are all present to God is, to me, completely nonsensical. We definitely do not get this concept from Scripture. In Scripture, we see God in time living with his people, experiencing a past and a present and looking at a future. This doesn't mean that God is not also outside of time, but being outside of time doesn't have to me mean what many think it does. Supposing that God is in past, present, and future all at once puts a distance between him and his time-bound people. As 19th century theologian Isaak Dorner states, "the living participation of God in the world, his living communion of love with it, depends in fact upon our positing that God knows continually what is now present and that he does not have to the present simply the relation which he also has to the past and the future, as if these were just as much present for him as the former, since that would lead to a very lifeless and inadequate relation."

Like I said before, when I first agreed with open theism, it had nothing to do with the idea that God's foreknowledge means we can't have free will. That being said, I have now come to that conclusion.

Let us say that God knows that on January 21st, 2048, Robert Smith will go see a movie. Because God's knowledge must be true, that has to happen. When the day comes and Robert is given the choice to either go see a movie or stay home, Robert has to go see a movie. He can do nothing else. His free will is limited to that one option. Thus, though subjectively it may seem that we have free will, we objectively do not have free will because our future choices are bound to God's definite knowledge of them.

This could have (and maybe should have) been longer. I haven't included all the elements of open theism, nor I have explained in detail what my view of God's foreknowledge is, but, like I said at the top, I just wanted to share with you why I came to this conclusion.

If you would like to discuss this topic with me more, we can definitely do that.
Posted by John Daniel Holloway at 2:01 PM