Concerning the Nature of Faith and Works 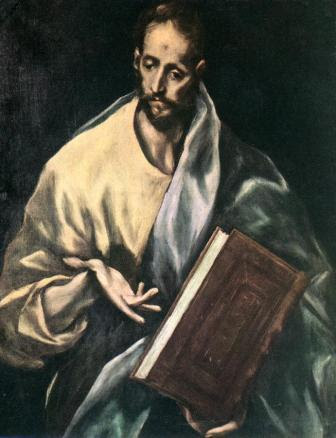 "Be doers of the word, and not hearers only, deceiving yourselves."
James 1:22

Throughout Christ's teaching, there is an emphasis on one's righteousness. Indeed, the essence of being Christian is imitating Christ (Eph. 5:1; Phil. 2:5). However, since the Reformation, the term 'works' has become a scary word for many Christians. We do our best to avoid implying works-based salvation. We often think of works as penance or things we must do to earn salvation or to earn God's favor. Unfortunately, practicing good works can be and has often been perverted into something we must do to earn God's love--what one of my professors calls 'natural human religion'. That being said, performing good works is an important aspect of Christianity and a well-rounded philosophy of it must be established.

The Nature of Faith

James says, “Faith without works is dead” (2:14, 17-24, 26). Rather than advocating works-based salvation, he is describing something natural. The nature of faith needs works to survive. Works fuel faith. Psychologically, this is perfectly natural. A belief, if not fueled by some sort of application in one’s life, will fade. It will die. Likewise, if faith is not actively applied to one’s life, it will disappear. Not because it isn’t good enough, not because God didn’t give the person enough, but because the person did not provide the means necessary for the faith to thrive. As Douglas Moo aptly suggests, “[it] is not that works must be added to faith but that genuine faith includes works. That is its very nature.”(1) Thus, we could say that we are justified by our faith, and our faith is justified by our works. As Moo adds, “Perfect faith is produced through successive acts of obedience.”(2)
Martin Luther struggled with James' concept of faith needing works to survive, almost to the point of disregarding the book as part of the canon. Ironically, he brilliantly conveyed what I am trying to say here:


O it is a living, busy active mighty thing, this faith. It is impossible for it not to be doing good things incessantly. It does not ask whether good works are to be done, but before the question is asked, it has already done this, and is constantly doing them.(3)


The Nature of Works as Participation

Works, rather than “things I should do or else I am not a good Christian,” are acts of obedience to God. They are contributions to God's Kingdom.
Furthermore, performing good works, rather than acting out of obligation or guilt, is actively participating in the Father, Son, and Holy Spirit:

Works make us vulnerable to God’s work and influence. By obeying God, we say ‘Yes’ to his grace and we open up our hearts for him to enter in and transform our being. With works, we let him have his way in the molding of who we will become. By performing the works of his Kingdom, we involve him in our lives. Thus, by our works, our relationship with him is made stronger. “Draw near to him and he will draw near to you” (Jas. 4:8); not that God isn’t already Immanuel, “God with us” (Matt. 1:23)—not that anything can objectively separate us from the love of God (Rom. 8:38–39), but subjectively we can be distanced from him. Thus, when we subjectively engage him, our hearts and minds become more intimate and personal with him.

Our work has the power to embrace or reject God's work. Thus, we can see how natural it is for James to say that faith without works is dead. Faith is the substance of things hoped for (Heb. 11:1), but if the thing hoped for is not close to our hearts and minds, and not being manifested in our lives through our active engagement of it, what happens to the faith? It naturally dies.


The Nature of Works as Subjective Experience

The second thing we must discuss in relation to the nature of works is what the Cross accomplished for humanity. That is, salvation for all (1 Jn. 2:2), for each and every person who ever was and is and is to come. This was the objective reality accomplished on the Cross. Thus, our true nature is hidden in Christ (Col. 3:3). In Christ, we are a new creation (2 Cor. 5:17), we are sinless, perfect, complete, and wonderfully Christ-like. As Paul says, “We, then, who are perfect, let us think on that!” (Phil. 3:15).(4) However, there is an absolutely essential subjective experience of that reality that is required in order for it to take effect.

First, one needs faith. One cannot experience what Christ accomplished on the Cross without faith. One must have faith in the new creation Christ has made him/her. In order to actually experience the benefits—if you will—of the Cross, one must believe in one’s new nature as a sinless, perfect image of the Amazing Creator. This cannot just be something with which one agrees (especially since it is such an absurd concept; me—perfect?). This cannot just be an idea that one believes and sticks on a shelf but is never actualized. One has to take upon that new nature and embrace it. One must begin to manifest the new creation that he/she really is.
This is where works come in. Works are subjective manifestations of the objective reality we have in Christ. Paul says, “Let us live up to what we have already obtained” (Phil 3:16). We have obtained perfection in Christ; "Therefore, be perfect as your heavenly Father is perfect” (Matt. 5:48).

This is why Paul says, "whatever does not proceed from faith is sin" (Rom. 14:23). Faith in Christ means faith in what Christ accomplished for the one's entire being. Christ established in all people a nature from which works flow like rivers. Thus, when we sin, it is only because we do not have faith in our perfect nature in Christ. If we had perfect faith, we would always manifest the new creation and would never sin.
It is not unlike when Morpheus was trying to free Neo from the limitations of his mind. It was only the matrix that was telling him what he couldn't do. In reality, he could jump from building to building (a leap of faith, if you will), best Morpheus in combat, and stop bullets in mid-air; but he had to be opened up to that reality and embrace it so that it was made manifest in his life.