Series Introduction:
We live in an era of science fiction films quite different from the one we had half a century ago. Today, Transformers and super hero franchises take the cake. Additionally, there are a host of reboot films that take sci-fi classics and make them more modern. Jurassic World, Star Trek, and Rise of the Planet of the Apes are such examples. The modern emphasis is on heroism, action, and fun. Very little emphasis is placed on writing in these kinds of films, and, as a result, they focus much less on social commentary, which was an almost universal characteristic of sci-fi films in the 1950s and 60s. Even when the elements for social commentary are there—as in Mad Max: Fury Road and Elysium—they are hardly explored. Sci-fi movies today are just more action movies.

In an effort to cultivate appreciation for the social commentary of classic sci-fi films, I am doing a series of posts on the cultural statements of various sci-fi films from the 1950s and 60s. Hopefully in the future we will see more sci-fi films that resurrect this central aspect of science fiction, as it seems unlikely to me that people can go on enjoying movies that consist of the same kinds of flashy, prolonged action sequences, weak plots, and poor dialogue. 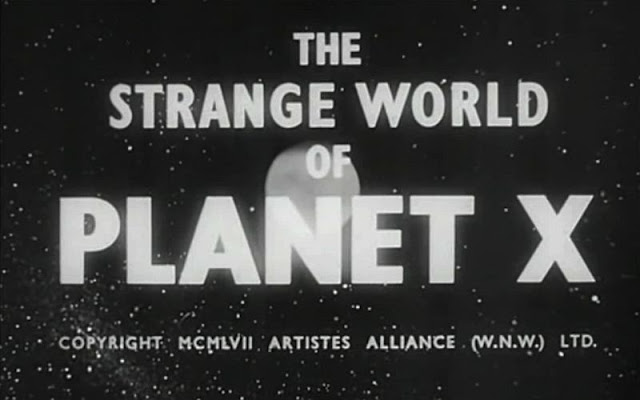 Since the world began, ever-inventive man has constantly pushed forward into the unknown. One by one, the frontiers of science have fallen before him. . . . Now he stands on the threshold of a new age—a terrifying age.

So begins The Strange World of Planet X (or, Cosmic Monsters, as it was titled in the U.S.), a sci-fi film in which Dr. Laird, a scientist, has invented magnetic fields that can attract objects from outer space. The invention has disastrous side-effects, however, causing insects to mutate into giant monsters. The inhabitants of earth are then aided by a visitor from another planet, who warns them that continuing to use such technology will only result in further devastation.

In all likelihood, the film was originally intended to be a criticism of the use of nuclear power, but its prophetic warning bears a striking resemblance to what many are boldly claiming about our modern ecological crisis. The “terrifying age” of which we are on the threshold is the age of the Anthropocene, in which the environment bows before the short-term interests of human beings, with devastating consequences. 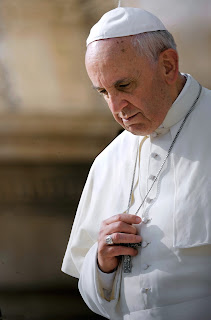 This decision oddly came only a month after Pope Francis released an encyclical on caring for the environment. In it he warned, “If present trends continue, this century may well witness extraordinary climate change and an unprecedented destruction of ecosystems, with serious consequences for all of us.”[1] In one corner, the Supreme Court demands the EPA to consider the costs of their regulations for power plants; in the other, Pope Francis urges the world to consider the costs of their behavior for the environment.

Milton Friedman wrote, “The Social Responsibility of Business is to Increase Its Profits.”[2] Have we become a culture of business, in which the social responsibility of society is to increase business profits? Thus, Congress does not pass legislation without crosschecking it with lobbyists who represent special interests groups and large corporations. Thus, the EPA cannot consider the interests of the environment without crosschecking its approach with the costs for power plants.

Pope Francis offers a biting criticism of this cultural condition, saying that, “Where profits alone count, there can be no thinking about the rhythms of nature, its phases of decay and regeneration, or the complexity of ecosystems which may be gravely upset by human intervention.”[3] He charges us with the task of stewardship, making the common good our common goal. The most pressing issue is not what environmental regulation will cost power plants, but what the lack of environmental regulation will cost the earth.

In many ways, prophets are visitors from another planet. They bear the burden of living by a higher standard, and calling the world to that standard. Moses had the Promised Land. Jesus had the Kingdom of God. Martin Luther King, Jr. had the dream. Prophets are ahead of their time. They come from the future, they come from another planet, to warn us and beckon us toward justice.

“Why then will you die?” asked the prophet Ezekiel.