Book Review: "The Nature of Love: A Theology" by Thomas Jay Oord 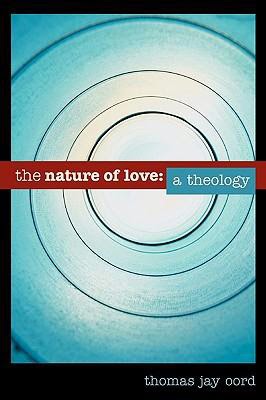 In his book The Nature of Love: A Theology, Thomas Jay Oord seeks to construct a theology centered around the defining element of God's nature: love. In his introduction, he highlights the demeaned role love has played in theology, and understands well the reasons for this. For example, he recognizes the difficulty of building a theology of love given the loose definition of the word. In spite of the often undefined nature of love, he provides a well-rounded and helpful definition, the essential element of which is promoting overall well-being.

After his introduction, he has four sections. The first deals with Agape, the second with Eros, and the third with Philia. The three together encapsulate what love is to Oord. Agape, he says, is love in spite of; Eros is love because of; and Philia is love alongside of. In each section, he deals with an interpretation of one of the love forms that he subjects to critical analysis. His discussion of Agape dialogues with Anders Nygren. In the Eros chapter, he deals with Augustine. With Philia, he talks about the theology of Clark Pinnock. The last chapter of the book is dedicated to laying out his "Essential Kenosis" theology of love.

The Agape and Eros chapters are very strong. He exposes the flaws of Nygren's and Augustine's ideas about love. Nygren essentially said that love means self-sacrifice, and that humans do not love, but God is the one loving through us. Augustine said that love is either enjoyment of something for its own sake, or enjoyment of something for the sake of something else. He also believed that God is the only one who should be loved, and that we should love others for the sake of loving God, instead of loving others for their own sakes. While their ideas of love involve much more, this provides a general idea of what Oord was arguing against. And his arguments against these views are quite convincing. He completely dismantles the validity of their claims, and in a cool and collective way. I've seen Oord speak before, and I was struck by his charm and the smoothness of his presentation. This demeanor is present in his book. He describes the views of Nygren and Augustine as 'insufficient' while the reader thinks 'ridiculous'.

The chapter dedicated to Clark Pinnock is not quite as strong as the previous two. As he lays out Pinnock's Open theology, it's almost like he's making a case for it, which is to be expected since his Essential Kenosis theology lines up with Open theology on many issues. But there is one crucial difference: Pinnock said that God sometimes coerces, and Oord believes the God of love never coerces.

The problem with Pinnock's thinking, Oord says, is that God has the ability to prevent evil but doesn't, which is why Pinnock fails to resolve the problem of evil. Included in his discussion of coercion is a discussion of the doctrine of creatio ex nihilo--creation out of nothing. Oord says creatio ex nihilo, which Pinnock embraced, implies coercion. He uses this to justify dedicating a section of his book to refuting creatio ex nihilo. However, I don't think it fits well with the rest of the book. He doesn't really explain how exactly creation out of nothing implies coercion, and his alternative understanding of creation is not given the extensive explanation that it warrants. It almost seems like he put it in there so that he could have another thing to critique Pinnock on.

The ideas present in Oord's Essential Kenosis theology that distinguish it from other theologies are fascinating and worth consideration. He says that since God's nature is love, he loves others necessarily. In this, there is no divine self-limitation to provide freedom for creatures; God necessarily provides freedom for creatures because it is his nature as love to do so. I find this concept compelling, and while he can be and probably often has been accused of down-playing the omnipotence of God, I think his theology provides a better approach to the problem of evil than theologies that claim that God can and sometimes does unilaterally intervene to prevent evil, but most of the time thinks human freedom is more important than preventing evil. While I advocate Greg Boyd's warfare worldview, Oord makes significant contributions to the theodicy discussion.

It is difficult to write a review of this book because so much is said in it and I have so many things to respond to. Being concise is something Oord does well; he says a lot in a small amount of space. The Nature of Love is a short book, but it covers a multitude of topics (though, a few of them could use more elaboration). He gives the reader a lot to think about.

Oord has presented a robust and reasonable theology of love, which resolves problems that other theologies bring up, without creating too many of its own. He also provides a good platform for dialogue between Open theists and Process theists. His book is very thought-provoking and it brings to the table ideas that need to be given significant attention in addressing God's nature as love.


Purchase "The Nature of Love: A Theology" on Amazon (here)

Posted by John Daniel Holloway at 11:21 AM