God-Breathed: The Authority of Scripture According to the Greek Word θεόπνευστος 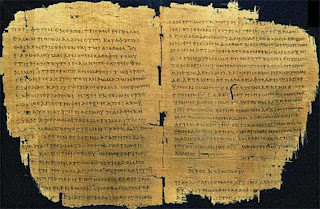 Understanding the Greek word θεόπνευστος (theopneustos) in II Timothy 3:16 is essential in discussing the doctrine of Scripture's authority. Unfortunately, there is ambiguity in uncovering what the word was meant to convey, and no absolutely solid conclusions can be made about it, regardless of what many claim. This study attempts to get at the boundaries of the word's meaning. What is necessarily implied by θεόπνευστος? And how much room for theological speculation is there? Finally, this study will attempt to show that the most reasonable interpretation of the word does not imply strict divine authorship, but rather, it only necessarily implies divine sanction of the text, so that the Bible can be the product of humans, while still imbued with the Spirit of God as the vessel of his message to the world.

Etymologically, it seems to be universally agreed that θεόπνευστος means 'God-breathed'.(1) This is often taken to mean "breathed into by God" and, so, "inspired by God,"(2) but others translate it "breathed out by God" (ESV), suggesting that 'God-breathed' means it was spoken from the mouth of God, that "it originate[d] in God."(3)

In context, the word is used to assure Timothy of the value and power of Scripture. Timothy was to prepare himself to face challenges, persecution, and to be ready to do the good work of God, and he needed to be equipped with the sacred writings from which he had learned. William Mounce concludes that, given the context, we should interpret II Tim. 3:16 to mean that the "utility of Scripture flows out of its inspiration. The entirety of Scripture comes from the mouth of God. . . . It is therefore true, and it can therefore be trusted."(4) However, Mounce overstates what the context implies. Paul could just as well affirm Scripture's utility and trustworthiness by merely saying that it is imbued with the Holy Spirit; that it ultimately has God as its author is not explicitly implied by the verse. So, unfortunately, the context in this case does not make the interpretation process easier.

While θεόπνευστος is not used anywhere else in Scripture, many often turn to II Peter 1:20-21 to help interpret its meaning, as it seems to convey the same idea about Scripture, saying that "no prophecy of Scripture comes from someone’s own interpretation," nor are they "ever produced by the will of man," but they come "from God" and are "carried along by the Holy Spirit." This seems to be clearer than the meaning of the word θεόπνευστος; however, ambiguity lies here also. The Greek word φέρω ("carried along") conveys the image of the wind and the sea carrying along a ship.(5) The verse does not have to mean that the Scriptures came directly from the mouth of God; it could just mean that those who delivered the prophecies of Scripture were propped up and influenced by the Holy Spirit, and that their words have divine power. As Richard Bauckham states, II Peter 1:20-21 does not advocate


a basically pagan understanding of the psychology of prophetic inspiration, as irrational ecstasy in which the prophet is a purely passive instrument of the divine Spirit. . . . [T]he language of 2 Peter does not in itself require such a depreciation of the human role in prophecy.(6)

There are too many nuances in these passages that simply make it too hard to claim a concrete stance on the authority of Scripture. But what boundaries does θεόπνευστος put on the doctrine? For lack of better wording, what is the least one could say about Scripture's authority and still affirm its nature as God-breathed? Well, for one, Kenton Sparks notes that "the Greek word itself does not really imply anything in particular about how the transaction between God and the human authors took place."(7) Similarly, Colin Brown states that it "does not imply any particular mode of inspiration, such as some form of divine dictation."(8) He concludes that it should be interpreted to mean that the "sacred scriptures are all expressive of the mind of God."(9) However, what exactly it expresses about the mind of God is not clear. Does it express his word choice and his knowledge? Or could it express his desire to partner with humanity?

A particularly enlightening take on this verse is found in an article by Edward Goodrick:


I suspect that to one schooled as well as Timothy was in the OT the new word, theopneustos, would have triggered his recollection of that primeval episode in which God, by breathing into the nostrils of an image molded from inert clay, made it spring into life. Certainly Adam was God-breathed.(10)

So, at the very least, Scripture is just as God-breathed as Adam was, as humans are. Furthermore, that Adam was God-breathed did not mean that he was controlled by God, that every choice he made was God's choice, every word he spoke was God's word. Rather, God sustains humans and tries to influence us with his nature so that we will participate in his love. He also tries to use us to accomplish his will in the world. Likewise, God inspired the biblical authors, the Spirit supported and influenced their work, and God uses it to communicate and accomplish his will to the world. In Sparks' words, "Scripture is God's word because God providentially adopted ancient human beings . . . as his spokespersons. In doing so God 'set apart' or 'sanctified' their words for use in his redemptive activity."(11)

With the image of a ship supported and influenced by the wind and the sea, and with the help of having Adam as another example of something God-breathed, we can at least affirm with confidence that πᾶσα γραφὴ θεόπνευστος (every Scripture is God-breathed) in that it has divine power and is imbued with the Holy Spirit to be used by God to accomplish his will. Stephen Chapman said that biblical inspiration is "a cipher for a mysterious process of divine-human co-writing."(12) Though there are many elements of Scripture that are thoroughly human, Paul has taught us that God would not have it any other way.(13) What a beautiful statement to be able to make about God, that he adopted as the vessel of the divine message of Jesus Christ a book the writing of which was accomplished by God's participation in the creativity of humans. What a beautiful picture that paints of the relationship between God and humanity, that it is one of partnership and freedom, in which God wants the other to have a voice and autonomous creativity.(14) He is not simply interested in what he can do; he is interested in what we can do, and what we can do together.