Stop! In the Name of Love! A Christian Response to Gay Marriage 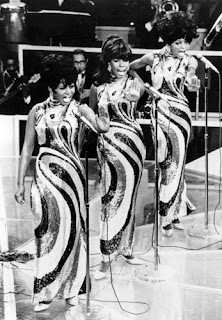 Ever since President Obama officially came out in favor of gay marriage, the topic has gone viral. I have seen a lot of articles recently about homosexuality from a lot of different places, including many Christian sources that have said that it is not against Scripture's teaching.

The purpose of this post is not to argue for or against it. My purpose is to answer this question: What should be the church's response to homosexuals and to gay marriage?

My position in this matter can be summed up by saying that I don't think the church's message can be "Stop gays!" and "Love gays!" at the same time.

Now let me clarify. I think Christians themselves can be against gay marriage--that is their right.
[I understand that it does not work this, but] if it came down to a vote in which the nation would decide whether or not to grant homosexuals the privilege to get married, Christians should be able to vote against it. And I am not saying they shouldn't. I am speaking of the church as a whole.

If whole churches--or large groups of Christians representing Christ--attended a rally against homosexuality, it would destroy the opportunity they have to minister to the homosexuals at hand.
The LGBT community needs to become aware of the fact that Christ loves them with a love that is beyond understanding and he so desires to be in relationship with them.

They cannot be opened up to that realization when those representing Christ are emphatically standing against them.

That being said, I do understand the importance of living a pure, Christ-like life. Do I think homosexuality is sinful? Yes I do. But sanctification begins with Christ's love. As it has been said by many, God loves all of us just the way we are, but so much that he won't let us stay this way. It is our job to introduce the lost to that love. "They will know we are Christians by our love!"

What is our focus? Winning hearts for Christ? Or imposing our moral values on a whole nation?

What is more important: stopping gays from getting married or captivating them with the love of Christ?

Don't you think he would dine with homosexuals?
If you don't, you need to read the gospels again.

Was Christ interested in convicting the unbelieving sinner of his sin?
Or was he interested in transforming hearts with his unconditional love?

He wanted all people to follow him, regardless of the sinful state in which they lived.
And he never once required someone to change before  following him.
He fed thousands before preaching to them. He met their needs and then taught them the truth.
It's useless to try and convince someone he is sinning when he doesn't believe in the Bible.
It is only after we win his heart for Christ that we can convict him. At that point, not only will he recognize his sinful nature, but he will desire God's will for his life.

The church's message should be