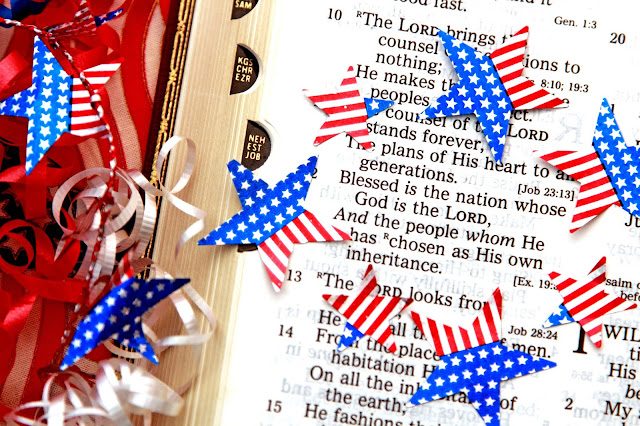 I am done pretending that Republican Christians are biblicists.

They often parade themselves as those who "judge any candidate's beliefs against the absolute authority of God’s Word."[1] But this is, to use Paul's word, skybala--rubbish, bullshit.

81% of white Evangelicals voted for Donald Trump.[2] They didn't do this because they judged which of the two candidates were the more biblical. They may say this is the reason, but it's just not true. It couldn't possibly be true, because everywhere the Bible talks about an ideal leader, it describes someone entirely unlike Trump.

So how did they decide?


Before I get started, I want to clarify that I am not referring to Christians who are also Republican, but the hyphenated Christian-Republicanism, Republican-Christianity, the ideology that ties Republican values with Christian values, that fails to distinguish the two, and so claims a theological sanction for Republican politics.

Growing up in the world of Republican Christianity, I was taught the things they emphasize in elections, and this election turned out to not be any different.

Wayne Grudem captured just about all the angles in his three posts about voting for Trump. Referring to the prophet Jeremiah's teaching to "seek the welfare of the city" where God has sent you, Grudem said Christians have "to vote in such a way that will 'seek the welfare' of the United States." The question is then, "Which vote is most likely to bring the best results for the nation?"[3]

Jerry Falwell, Jr. similarly stated, "Jesus said render unto Caesar the things that are Caesar's. And that means be good citizens and choose who would be the best leader for the country."[4]

Their appeals to particular Bible verses might make it seem like they are trying to be biblical in their political thought, but beware lest you be led astray. Their assessment of the "Which vote" question is far from biblical.

Grudem asks, "Can I in good conscience act in a way that helps a liberal like Hillary Clinton win the presidency?" Or, he asks, should he taken the "unusual opportunity to defeat Hillary Clinton and the pro-abortion, pro-gender-confusion, anti-religious liberty, tax-and-spend, big government liberalism that she champions"?

The message is clear: liberalism is entirely contrary to Christianity. Liberalism is the enemy. The Christian thing to do is to "defeat" liberalism. Again, he quotes Scripture: "'Whoever knows the right thing to do and fails to do it, for him it is sin' (James 4:17)."[5]

This essentially captures the thinking behind support for Trump. The thread that runs throughout can be stated quite simply: political power for Christians. As Pastor Mark Burns stated, Trump "is going to make sure we as Christians are protected when he gets to the White House!" Similarly, he said Trump is "fighting for Christianity." Trump, he claims, “believes [Christian values] are one of the core values that has made America great and we need to get back to those values."[7]

Eric Metaxas echoes these sentiments. Liberals, he says, are going to make it illegal to say homosexuality is a sin, so we need someone like Trump to defend our religious liberty.[8]

Others, however, add others reasons as well. Falwell said that in Trump, "Evangelicals have found their dream president." In his justification for this, he said Trump appointed people of faith to his cabinet, fights to defend Christians in the Middle East who are being killed by radical terrorists, and also points to Trump's emphasis on securing U.S. borders.[9]

Metaxas also emphasizes borders.[10] This is due to his theological reading of the American nation. He says, "My earnest hope is that most Americans will learn again to love their country, and will understand that not to do so is like refusing to love oneself or one’s children." He says Americans are, "to use Lincoln’s phrase, God’s 'almost chosen people.'" America is "a beacon of hope and freedom to the world."[11] On this basis, he defends Trump's "America First" policy.[12]

Put it all together, and you essentially have three major points for Republican Christian political thought: 1) Liberalism is the enemy; 2) Christians need political power; and 3) America is theologically significant and so must be defended as such.

Nothing about any of these sentiments is biblical in the Christian sense. The first, that liberalism is the enemy, comes not from the Bible but from Republican politics. Grudem doesn't get his aversion to "tax-and-spend, big government liberalism" from biblical values. He gets it from Republican values. All kinds of attempts are made to defend it on biblical terms, of course, but, if we're honest, the reason why Grudem thinks this way has nothing to do with the Bible, but with Republican influence, with a tendency toward conservative politics the foundation of which certainly does not lie in Scripture.

Paul says, "Do nothing out of selfish ambition" (Phil. 2:3). The Greek word for 'selfish ambition' denotes one who demands his own rights, who "seeks to promote his own cause."[13] Instead, Paul says, "Let your benevolence be evident to all!' (4:5). The Greek word for 'benevolence' denotes a quality "that keeps one from insisting on his full rights … or from making a rigorous and obstinate stand for what is justly due him."[14]

The earliest Christians suffered injustice, they suffered persecution. Jesus said, “Blessed are those who are persecuted for the sake of righteousness, for theirs is the kingdom of Heaven.” He said, "Blessed are you when people persecute you and insult you and falsely say all kinds of evil against you on account of me." He said, "Rejoice and be glad! Your reward in Heaven" (Matt. 5:10–12).

When their rights were threatened, early Christians didn’t make it their goal to gain as much political power as possible in order to ensure their safety and comfort. Karl Barth was quite apt when he said, "Whenever the Church has entered the political arena to fight for its claim to be given public recognition," it has always been "an impenitent, spiritually unfree Church."[16]

Republican Christians, on the other hand, have become like the world in their pursuit of political power. They then completely neglect the rights and needs of others. But this is entirely opposed to the heart of Christian faith. Christians concern themselves with the needs of others or they aren't Christians.

In his day Karl Barth blasted an idolatrous theology that put the German nation on par with God's revelation in Jesus Christ. One of his contemporaries, Emmanuel Hirsch, stated that allegiance to the German people and the German state could only be denied by disobedience to God. In this spirit, he supported National Socialism. He said of Hitler, "Not one people in the world ... has a statesman who takes Christianity so seriously. When Adolf Hitler ended his great speech on 1 May with a prayer, the whole world felt the wonderful sincerity of it."[17]

Compare these remarks to those of Falwell and Burns!

My point is not to equate Trump to Hitler, but to point out the danger of idolizing a nation and a leader the way Republican Christians have done. Against such idolatry, Barth insisted on the revelation of Jesus Christ in the Bible as the sole source of faith.

In his third article on voting for Trump, Grudem considered the question, "Are there no limits to what you will tolerate in a candidate?" He remarked that this question troubled him, but ultimately he disregarded it, coming to the conclusion: "because I agree with his policies, Trump is the far better choice."[18]

And so he reveals his answer. As long as a candidate opposes liberalism, promises Christians political power, and protects America's all-so-sacred borders, he will vote for anyone, forgive anything, overlooking any sin and injustice. He would vote for the devil himself if the devil was so disguised.

I speak, not as a liberal in defense of liberalism, not as a lefty against right-wingers, not as a radical against the enemy, but as a Christian, as a student of the Bible, as one who seeks after Jesus Christ, as a witness to the Word of God. I do not act as if my political views comprise the biblical or the godly alternative, but I can certainly recognize idolatry when I see it.

Grudem, Falwell, Metaxas, Burns, and all others like them, reveal themselves to be the truest heretics. They have committed themselves to an idolatrous heresy, and have completely compromised both Bible and Gospel. They have abandoned the first commandment, "Thou shalt have no other gods before me."

They have no business associating themselves with the Word of God. They would do better to stay home and stay quiet than spoil the integrity of the Word of God by representing it so miserably.

"They have been quick to turn away from what I commanded them and have made themselves an idol cast in the shape of a calf. They have bowed down to it and sacrificed to it and have said, 'These are your gods, Israel, who brought you up out of Egypt.'" Exodus 32:8