Why I am a Barthian 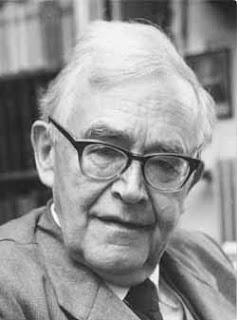 I just finished Gary Dorrien's book The Barthian Revolt in Modern Theology. It is a very good theological biography of Karl Barth and the dialectical theology movement he inspired. Its coverage is quite expansive, including many different objections to Barth's theology leveled by other famous modern theologians. Because of such objections, Barth became somewhat infamous. He has long been acknowledged for his great work in subverting liberal theology, but praise for the man has been consistently qualified by a corrective to his theology.

Despite falling in love with Barth at the end of last Fall, diving into his theology, and even establishing him as a subject of my master's thesis, I was taken aback by several of the points brought up by theologians like Bultmann, Brunner, Tillich, and others. Indeed, I even questioned whether or not Barth really should be the subject of so much of my study!

But I'm a Barthian. Still. And I'll tell you why.

Barth's theology, it is often noted, was important for its context. Barth not only subverted liberal theology, but his emphasis on idolatry and his claim of an infinite qualitative distinction between God and humans (along with his moral conscience!) led him to reject German Christianity in the face of Hitler and National Socialism. God cannot be made subject to human structures of power. God cannot be domesticated by humans and their institutions. To do so is to commit idolatry.

This was an important message, people acknowledge, but it served its purpose, and Barth is too problematic to be any more useful.

I disagree. And I'll tell you why.

The baptism of Republican politics and the compromise of Christianity in favor of Republican values constitute what is perhaps the most pressing issue facing the American church today. The fact that Jerry Falwell, Jr. can endorse Donald Trump is a case in point. The idolatry created by the Christian commitment to Republican positions, to the detriment of the Christian stance, calls for a revival of Barth's prophetic theology.

A very bright Marxist friend of mine and I were talking about Marx and Barth's respective views of idolatry. He said Marx objected to idolatry because it made an image of God out of an object when the human constitutes the true image of God. Barth, on the other hand, objected to idolatry because it exalted the human when there is an infinite qualitative distinction between the human and God.

While I think both of these views of idolatry are important and should be used dialectically, I think our confrontation with Republican Christianity calls for making use of Barth's conception of idolatry.

Are there problems with Barth? Of course. I would not even be a true Barthian if I did not challenge Barth himself. But the profound insights that pervade his theological work and the prophetic challenges he so boldly presented to the church of his time have much to teach us today, and much for us to look to for inspiration.

And that's...well, one of the main reasons why I am a Barthian.

Posted by John Daniel Holloway at 12:25 AM