When the Bible is Wrong about God 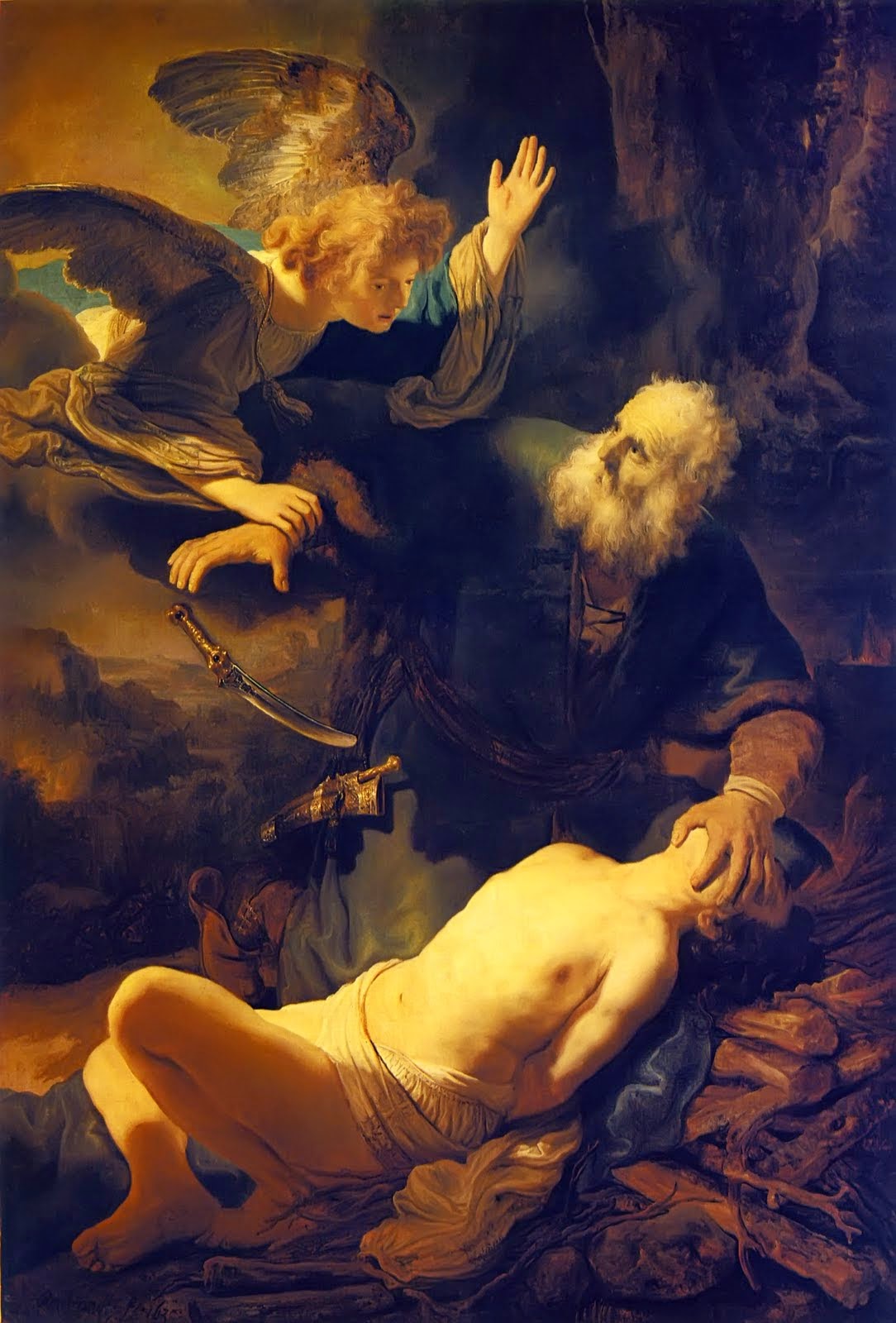 There are several places in Scripture where we find worshipers of God ascribing rather shocking things to him.(1) Consider a few examples:

The Psalmist says God abandoned him; Jeremiah says God seduced and raped him, and elsewhere says God is deceptive and fails him.

In many other places in the Hebrew Bible, however, we are told that Yahweh's "steadfast love endures forever." We are told, "the LORD will not reject his people; he will never forsake his inheritance" (Ps. 94:14), and "he will not abandon you" (Deut 4:31). Not only will he never forsake or reject his people, but they cannot escape his presence. He is always near:


Where can I go from your Spirit?
Where can I flee from your presence?
If I go up to the heavens, you are there;
if I make my bed in the depths, you are there.
If I rise on the wings of the dawn,
if I settle on the far side of the sea,
even there your hand will guide me,
your right hand will hold me fast.
If I say, “Surely the darkness will hide me
and the light become night around me,”
even the darkness will not be dark to you;
the night will shine like the day,
for darkness is as light to you. (Ps 139:7-12)

We don't even need these verses to know that God does not abandon, lie, fail, or do wrong. We understand that it may often seem like he has done so, but we know that we should recognize his unfailing steadfast love and faithfulness. As 2 Timothy 2:13 says, "If we are faithless, [God] remains faithful, for he cannot deny himself."

We can abandon God, lie to him, fail him, do wrong to him, but not the other way around. And yet some of God's followers stood before him and accused him of doing so.

Those who lament in the Bible show us that doing so is not unfaithful to God, or sinful, but genuine and good. That said, in those examples we can see that their theology wasn't always 100%, especially when they started making claims about God that we know from other parts of Scripture (and they probably knew as well) were flawed.

I suggest this is how we should think about the violent portraits of God in the Bible.


"When the LORD your God brings you into the land you are entering to possess and drives out before you many nations . . . and when the LORD your God has delivered them over to you and you have defeated them, then you must destroy them totally. Make no treaty with them, and show them no mercy." (Deut 7:1-2)

"The LORD our God delivered [Sihon] before us; and we smote him, and his sons, and all his people. And we took all his cities at that time, and utterly destroyed the men, and the women, and the little ones, of every city, we left none to remain." (Deut 2:33-34)

"Joshua smote all the country of the hills, and of the south, and of the vale, and of the springs, and all their kings: he left none remaining, but utterly destroyed all that breathed, as the LORD God of Israel commanded." (Josh 10:28-29)

"This is what the Lord Almighty says: ‘I will punish the Amalekites for what they did to Israel when they waylaid them as they came up from Egypt. Now go, attack the Amalekites and totally destroy all that belongs to them. Do not spare them; put to death men and women, children and infants, cattle and sheep, camels and donkeys.’” (1 Sam 15:2-3)

These are just a few examples. There is plenty more divine violence all throughout the Hebrew Bible.

When we think of God speaking in the Bible, we think of it as an audible voice penetrating the world and being heard by whoever God is speaking to. In reality, it was probably much more like it is depicted in Darren Aronofsky's Noah. That is, servants of God interpreting events and/or dreams, feeling and thinking certain things as a response, feeling nudged in one direction or another, but ultimately following a mysterious God whose ways, plans, and thoughts are ambiguous and unclear.

As Walter Brueggemann says, "I do not make a distinction between the two modes of speech [speech about God and that which is spoken by God in the OT], because even where God speaks, the text is Israel's testimony that God has spoken so."(2)

We Christians take for granted the special revelation that we believe was given through Jesus. Jesus is God revealed. Jews do not have that. To the Jews, God is very mysterious and ambiguous. As Rabbi A.J. Heschel said, "God was concealed even when He revealed, [so] that even while his voice became manifest His essence remained hidden."(3)

Thus, the Bible to Jews is not clear and unambiguous full-disclosure of who God is. For Jews, one seeks to know God through what Brueggemann calls "ongoing disputatious interpretation" of events, of experience, of tradition, and of biblical texts.(4) This allows for the possibility that certain interpretations of such things are wrong.

Ezekiel 33:11 says God takes "no pleasure in the death of the wicked." Jesus said, "it is not the will of my Father who is in heaven that any of these little ones should perish" (Matt 18:14). 2 Peter 2:9 says the Lord does not want anyone to perish.

There are many verses we could go through, but the main point is that other parts of Scripture say God is not violent, that God is not one who would enact genocide, killing men, women, children and animals. A lot of Scripture, especially Jesus, points to God as an agent of peace, condemning violence and challenging people to commit to peacemaking as he does.

We should not feel like we are being unfaithful, heretical, or un-Christian to engage in such disputatious interpretation. Jesus did the same thing:

"He sent messengers on ahead of him, and they went and entered a village of the Samaritans to make arrangements for him. But they did not receive him, because he was traveling toward Jerusalem. When his disciples James and John saw this, they said, 'Lord, do you want us to command fire to come down from heaven and consume them?' But he turned and rebuked them, and said, “You do not know what kind of spirit you are of, for the Son of Man did not come to destroy men’s lives, but to save them." (Luke 9:52-56; cf. 2 Kings 1)(6)

We would do well to follow St. Augustine's advice to reinterpret anything in the Bible that cannot honestly be deemed good and true:


Anything in the divine writings that cannot be referred either to good, honest morals, or to the truth of the faith, you must know is said allegorically. . . . Those things . . . which appear to the inexperienced to be sinful, and which are ascribed to God, or to men whose holiness is put before us as an example, are wholly allegorical, and the hidden kernel of meaning they contain is to be picked out as food for the nourishment of charity.(7)

While his allegorical interpretation of the violent texts has been found wanting, his point here is that we should engage in disputatious interpretation with the biblical texts, so that if they ascribe horrible things to God, we shouldn't just accept them as right and true but should find another way of looking at them.

It is quite challenging to begin to read the Bible this way, but I think we must. If we don't, we have an unsolvable problem on our hands, the problem of a God who can be as violent, atrocious and obscene as some of the worst sinners in human history. As Heschel said, "there are a few passages in the Bible which lead one to feel that God is not present in them; passages either too commonplace or too harsh to reflect the spirit of God."(8)

God does not forsake us, deceive us, rape us, fail us, or do wrong to us. And God is not violent; he does not command genocide or kill people. God is always with us, always trying to guide us to the truth, always faithful, always good. God is always love and is always seeking peace and trying to lead us to peace (1 Cor 14:33).

Anything in or out of the Bible that suggests otherwise should be recognized as products of the flawed and sinful world in which we live, and in which interpreting God's actions is difficult, often resulting in conclusions that reveal our flawed and sinful nature more than they reveal the nature of God.(9)

"Now may the God of peace . . . equip you with everything good for doing his will, and may he work in us what is pleasing to him, through Jesus Christ, to whom be glory for ever and ever. Amen." (Heb 13:21)