Guest Post: A Commentary on Genesis 2 by Paul Imbrone

My friend Paul Imbrone and I have been working on a collaboration on the theology of Genesis 2. Part 1 of this collaboration consists of individual posts on each of our blogs (in case you haven't read it yet, here is my post). Part 2 of the collaboration will consist of my response to his blog, and his response to mine (both of which I will post here).

This is not meant to be a debate of any kind. While we are of two very different theological convictions (he is reformed), this project is about aspiring biblical theologians approaching a text from different angles as friends and brothers in Christ.

With that said, here is Paul's theological commentary on Genesis 2.


A Commentary on Genesis 2 by Paul Imbrone: 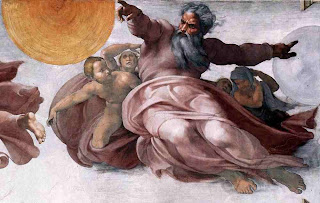 First, at the outset, I will be looking at the Genesis 2 text primarily from a theological perspective based in the passage’s immediate literary context and loosely to its relation with the overall canon. So things like socio-cultural context, grammar, and original setting won’t be emphasized, though that doesn’t mean they will necessarily be excluded either. These ancient settings are important to any biblical text; however, I don’t believe they are everything (as academia posits). The Bible is the Word of God: the revelation of Himself (character, will, and attributes) to His people. A revelation framed around a narrative of redemption of sin through the person and work of Jesus Christ.

My thoughts are therefore a mixture of several approaches to biblical theology: (1) “the classic approach,” where “the message and theological content of individual biblical books” precedes the synthesis of these findings into overarching themes across various corpora (Pentateuch, Old Testament, whole Bible, etc.); (2) a central-themes approach, where the Bible oriented through several major scriptural motifs; and (3) the story approach, where a grand metanarrative guides the Bible’s diversity into unity.(1)

With that bit of presuppositional work in place, let us consider the overall book which houses the passage under discussion. Want to talk about the origins of life from a biblical perspective? Want to talk about Christian anthropology, ethics, epistemology, or ontology? Want to learn about the principal covenant that guides Scripture and the unfolding biblical narrative? For all this and more come to Genesis. “It sets the scene for the rest of Scripture and is one of the most quoted books in the [New Testament].”(2) Narrowing the scope reveals that “the early chapters had arguably a greater influence on Christian theology than did any other part of the Old Testament.”(3) Along with creation, the Fall and significant Adamic Christ typology are also founded upon the opening chapters of Genesis (1-3), that bit of Scripture that records the ex nihilo inception of the cosmos, humanity, and the history that set the stage for God’s revelation in Jesus Christ.

Genesis 2 finds itself in the midst of all this proto-action. It continues and accentuates the 6 day creation account in chapter 1 and simultaneously sets the scene for the Fall in chapter 3, while rightly standing on its own anthropological contributions to biblical theology as well. Man is made; woman is made; and marriage instituted. No small feat for twenty-five verses. Notably, as a hermeneutic, I would add the main theme governing the narrative is that of one, sovereign God, Who operates with two motivations; the first of which is His worthiness of praise throughout His creation. While the nature of the creation account is not the focal point of a Genesis 2 exegesis, it might be helpful to mention that chapter 1’s creation account can have a liturgical application from a biblical-theological perspective. Some scholars believe “that the seven days of creation directly correspond to seven speeches of God concerning the construction of the Tabernacle”(4) in Exodus 25-32:


the activities of each day of creation correspond to an aspect of the construction of the Tabernacle. The Tabernacle and the later Temple are, therefore, intended to represent a microcosm of creation. Among the seven speeches establishing the Tabernacle, the seventh speech concerns the Sabbath, directly paralleling God's own protological Sabbath rest. It stands to reason that if…creation's formation directly corresponds to the erection of the Tabernacle, they both must also serve the same purpose, that is, the worship of God [emphasis added].(5)

These allusions, which a Moses authorship would correspond with, are compounded by the priestly purpose God intended by creating man in Genesis 2:

The text's descriptions of Adam's activity in the garden possess verbal similarities with the ministrations of the priesthood elsewhere in the Pentateuch. This means that the author of Genesis describes Adam and Eve's care for creation as a true act of grateful worship, making it a liturgical activity.(6) 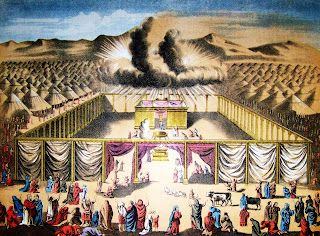 In other words, “Creation is an immense Tabernacle dedicated to divine worship,”(7) and man is the supreme minister of said worship within creation. It might then be said that it might “that the first humans are portrayed as priests presiding over the cosmic Temple and reflecting divine goodness and glory back to God.”(8)

Before any objections are raised regarding this thoroughly God-centered, doxological aspect of God’s revelation and will in the seemingly very man-centered subject content of Genesis 2, the second part of God’s motivation must also be considered; and that is His thorough and genuine concern for the well-being of humanity. He creates a habitable environment. He fills it with animals. He creates a suitable helper. He gives purpose. He gives language. He gives a mind and a spirit. He furnishes man with right and wrong and jointly provides a code to follow. God fellowships with man.  He graces him with existence and then divine fellowship. Remarkable and truly benevolent, kind, and good in every way.

With these further thoughts to keep in mind, here is some specific commentary on the Genesis 2 verses themselves:

2:1-3 God rested. In context “rested” is inappropriate as God is not described at all as having exerted Himself to exhaustion. In fact, no mention of effort on His part is in any way mentioned. Perhaps better is “ceased, desisted, completed His work, [or] stopped working.”(9) Note also the lack of an “evening and morning was the seventh day” clause, as was the established pattern for the six days. God’s ceasing from creative work here was final, and the form break emphasizes that.

2:4-7 “The Lord God” a phrase common in Genesis 2-3 (used eleven times in chapter 2 alone) but is hardly used elsewhere in the OT, including Genesis 1. The author introduces the title specifically when the creation of man is discussed. The two words convey that God is mankind’s creator and his friend or covenant partner. “The breath of life” in verse 7 signify that man will forever be more than mere matter, mere dust from the ground. He has been imparted with a spiritual element by His Creator God that cannot be coldly explained by materialistic evolutionary science.(10)

2:9-17 The aforementioned thorough and genuine concern for the well-being of humanity is expounded here. From ethics to aesthetics and pleasure to purpose, man is given his faculties that separate him from all other creatures. The environment is lush and pleasing; the work good; the rules given. Man has been thoroughly created in the image of God to reflect His glory.

2:18-25 Here, God’s goodness even moves into the emotional realm. He saw that it was not good for man to be alone. The naming of the animals probably showed Adam that every species had two of a kind and therefore that he was missing his counterpart. And the Trinitarian nature of God Himself also needed some sort of representation in the imago Dei of man. As God fellowships and glorifies Himself within the Trinity, so man could fellowship with a suitable counterpart and together worship and glorify God with their existence and service in the garden. The theme of marriage obviously weighs in heavily at this point in the narrative. Immediately, the context is for humans. First, marriage should be permanent in their united into one flesh (v. 24; cf. cf. Mt. 19:5). Second, the wife is to be the primary relationship for man in life as he leaves his father and mother (v. 24). Third, the husband is also to be head over the wife (cf. 1 Cor. 11:3 and 1 Peter 3:1-6); Adam named Eve (3:20) and called her woman (v. 23), an act that biblically indicates authority over (cf. 2 Kings 23:34; 24:17). Fourth, despite any headship, the two are also equal companions: “he woman was made of a rib out of the side of Adam; not made out of his head to rule over him, nor out of his feet to be trampled upon by him, but out of his side to be equal with him, under his arm to be protected, and near his heart to be beloved;”(11) yes, the man should even subordinate his desires to those of his wife’s (v.24). So there is biblical roles to fulfill in marriage yes, but there is also total equality within the relationship. Finally, the account does support a one man and one wife marriage situation, not one man and many wives or one man and one man etc.(12)

In brief summary, Genesis 2 is a chapter about God’s goodness. It’s about His design for humanity to come together in celebration of His glory. It’s a description of life under God’s blessing. It’s about epistemological and ontological purity. But, it’s also a foreshadowing of the Second Adam, the second beginning for humanity found in Jesus, and the relationship He has with the Church. So read Genesis 2 to learn about biblical anthropology but also to glimpse at the loving God behind it all.

Paul Imbrone holds an Associate's Degree in Practical Theology, and is a senior in Biblical-Theological Studies at Regent University (find his blog here).