A Response to Paul Imbrone's Commentary on Genesis 2 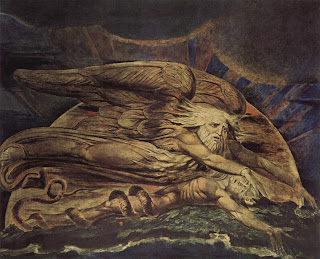 I find it interesting that at times we made the same points, and at other times we are quite far apart in our thinking. For example, you start off by saying that the Bible is God's self-revelation; whereas I would say it contains God's self-revelation, because God's ultimate self-revelation is Jesus. While this, of course, isn't a central point of your paper--and, as far as I could tell, our differing views of Scripture didn't affect our essays--I figured I'd point it out, just so people know that this is an area in which we are quite different. Mostly, I only noticed small things like this with which I disagreed. Generally, I enjoyed your post very much and found it to be a good assessment.
Now, to my response.

First of all, academia does not posit that socio-cultural context, grammar, and historical setting are everything, but that they are essential to understanding the passage, which they indeed are. Christians spent way too many centuries reading texts at face value and imposing their worldviews on them, yielding results that are contrary, or at least in conflict, with the original intended meaning (the chapter we're studying is a perfect example of when this has occurred!). I have found that passages become more powerful when the proper exegetical tools are incorporated in the study (not that your point was that they shouldn't be used).

I also had trouble with what you say is the main theme of the narrative, which "is that of one, sovereign God, Who operates with two motivations; the first of which is His worthiness of praise throughout His creation." I find it interesting that this motif isn't really mentioned in the rest of your post; and I'm not surprised, as I find it hard to maintain. What in the text points to such an understanding? You yourself said that the narrative is "very man-centered," and it really is.

A gem I thought your essay had was the bit about the tabernacle and its connection to creation. This is something I came upon in my research but didn't find relevant for my trajectory. I even found that the Garden of Eden correlates to the tabernacle, as well as the temple, in striking ways. John Walton provides that "the waters flowing through the garden in Genesis 2 are paralleled by the waters flowing from the temple in Ezekiel 47:1-12 (cf. Ps 46:4; Zech 14:8; Rev 22:1-2)."(1) Furthermore, David Chilton finds it very significant that both the Garden and the Tabernacle were entered on the east side (see Gen. 3:24 & Ex. 27:13-16). He says, "to enter God’s presence through redemption is a gracious re-admittance to Eden."(2) Gordon Wenham highlights some other similarities: "kĕrûbîm [from Gen. 3:24], Akkadian kuribu, were the traditional guardians of holy places in the ancient Near East" (see 1 Kgs 6:23-29; Ex.. 25:18-22, 26:31); also, the Tree of Life resembles the tabernacle menorah (Ex. 25:31-35) and points to the life-giving element of the sanctuary; finally, the human’s duty in the garden is the same as that of the Levites in the sanctuary (see Gen. 2:15 & Num. 3:7-8, 8:26, 18:5-6).(3) If you are interested in further pursuing this topic, you should check out Walton's The Lost World of Genesis 1, Wenham's article "Sanctuary Symbolism in the Garden of Eden Story," and Chilton's Paradise Restored. The presence of tabernacle/temple images in the creation narratives shows us that there's something else going on here other than a simple historical telling of the creation of the world.

I am also pleased that you pointed out the man-centered nature of the narrative, and its subsequent stress of God's "thorough and genuine concern for the well-being of humanity." This, you say, can be seen in God's emotional recognition that man was alone; being a relational, Trinitarian being, as you pointed out, God wanted man to be so relational. Here, we are very much singing the same song. However, you say in your Trinitarian comment that "God glorifies himself within the Trinity." This may be true indirectly (in the Trinity's oneness), but I would say that each member of the Trinity is other-focused, glorifying each other. In this, it is not self-glorification, but, for lack of a less hippie phrase, a circle of love.

I'm glad you covered the male-female relationship. I came upon this issue a lot in my research. Your comments on the role of the woman in the narrative, however, are typical of complementarians: you say the husband is head over the wife, and then stress their equality (using a beautiful Matthew Henry quote, I might add--one with which he rises above his usual lack of profound insight). Many rightfully find that to be a very deficient "equality." You should read my recent blog on this topic (here) that I wrote during my research for our collaboration, in which I address the points you bring up regarding this issue. Side note: I'm surprised you didn't connect the 'naming = sovereignty' point to the human's naming of the animals, showing man's sovereignty over the earth.

There were a few other minor things that I found that highlight our differences. I find it surprising that you attribute authorship to Moses (or at least alluded to the idea). Most OT scholars abandoned the idea of Mosaic authorship a long time ago. I am interested to hear your response to Gen. 12:6, 14:14 (cf. Judg. 18:29), and 36:11, the historical details of which make it highly improbable that the author was Moses. As someone who accepts the documentary hypothesis, this is another point on which we differ greatly.

I also disagree that the passage supports the ex nihilo doctrine in the concrete way you seem to assume (and am a little surprised you didn't come upon that in your research, as almost every commentary I used acknowledges this). Am I going to argue that God can't/didn't create out of nothing? No. But my point is: this passage itself doesn't support the doctrine.

My final response point regards your assessment of God resting. In my post, I didn't deal with vv.1-4a, as they are really part of the first creation narrative (maybe I should have told you I was planning to do it that way?), but I do want to respond to your conclusion there. I don't think lack of mention of God exerting himself is a good enough reason to reject the word 'rested'. Some would say that the very work of creation in six days was God exerting himself. Some would also say that the point is not that God is exhausted, but that God was modeling a way of abundant living, one which includes a day of rest at the end of several days of working.(4) Walter Brueggemann, for one, would have some problems with your assessment, as he describes beautifully the need for the Sabbath day of rest, even for God.(5) I'm not sure if I agree with Brueggemann's theological conclusion here, but I don't disagree with it outright. That may be my next point of study; we'll see.

Overall, I enjoyed your post, and definitely enjoyed the collaboration. This has been fun.

[Read Paul's response to this here]

Notes:
(1) John Walton, The Lost World of Genesis 1 (Downers Grove: InterVarsity Press, 2009), 81-82.
(2) David Chilton, Paradise Restored (Reconstruction Press, 1985), 29
(3) Gordon Wenham, "Sanctuary Symbolism in the Garden of Eden Story," in "I Studied Inscriptions from Before the Flood": Ancient Near Eastern, Linguistic, and Literary Approaches to Genesis 1-11, eds. Richard Hess and David Toshio Tsumura (Eisenbrauns, 1994), 401.
(4) See Walter Brueggemann, Genesis (Louisville: Westminster John Knox Press, 1982), 35-36.
(5) I'm sure he makes this point in writing somewhere, but I have only heard him makes this claim in presentations. See his, "Sabbath as a Means of Transition from Anxious Scarcity to Grateful Abundance," presented at Eastern Mennonite University. This is episode 250 on the EMU podcast on iTunes.
Posted by John Daniel Holloway at 12:26 PM