A Theology of Genesis 2: Yahweh in Relationship 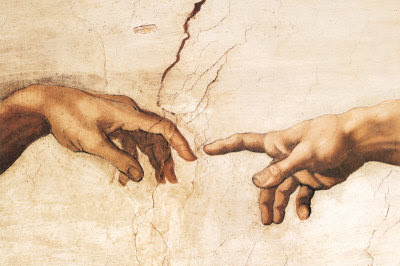 There are many ancient Near Eastern creation narratives, with many similarities to those in the Hebrew Bible.(1) It is for this reason, among many others, that I have found it impossible to view the creation accounts in Genesis as literal history of how the world was actually brought into being.(2) Accepting this has caused me to view Genesis 1-3 much differently: If the purpose of these narratives was not to record actual history, what was the purpose? What were the authors of these narratives trying to say through them? I am not interested in answering these questions here. What I am most interested in is what these narratives say about God; and in this study, I have set out to address what Genesis 2, in particular, says about God.

Genesis 2 and the Ancient Near East

My main purpose here is to give life to the uniqueness of the God of Israel, showing what differentiates him from the gods of the other ancient Near Eastern creation stories. Before I do this, I should share with you some of the commonalities between Genesis 2 and other creation accounts. These are pulled from Peter Enns' book The Evolution of Adam:
These are not all the similarities, nor would it benefit this study to go through all of them. The point is: Genesis 2 is not completely unique. My concern, then, is how unique Yahweh of Genesis 2 is.

I contend that Yahweh's uniqueness is found in his relationality with the people of Israel (I agree with Enns that Adam & Eve represent Israel in the story).

Yahweh, a God of Relationship

We begin this section with an astute observation by Bill Arnold:


Gen. 1 portrays the transcendent and sovereign Creator commanding order from chaos by a series of cuts and separations, structuring the world and its inhabitants according to types and categories. Now, 2:4–25 complements that portrait with one in which the immanent and intensely personal Yahweh Elohim, LORD God, shapes humanity from clay like a potter (2:7).(5)

The image of God as potter, says Fretheim, "reveals a God who focuses closely on the object to be created and takes painstaking care to shape each one into something useful and beautiful."(6) Indeed, the human is "fearfully and wonderfully made" (Ps. 139:14): Yahweh pays acute attention to detail in creating humanity, cautiously engaging in the art of perfecting his craft. This is a God who genuinely cares about humans, unlike the gods of the ancient Near East, to whom the creation of humanity was either an afterthought or an act of selfish gain.(7)

The God depicted in Genesis 2 cares that ādām is alone and wants to provide someone for him (v.18) so that he can be a relational being as Yahweh is ("let us," 1:26).(8) Yahweh is deeply affected by his relationship with humans, and is concerned about their entire selves.

Fretheim says, "Twice, God 'brings' a creature [to the man] . . . [and] lets the human being determine whether [they] . . . are adequate to move the evaluation from 'not good' to 'good.'"(9) Indeed, in verse 23, it is ādām that determines that the creation is good. This reveals that Yahweh wants to receive input from his creatures. He wants their involvement in his creation. In the God-human relationship, Yahweh is not the only being with something to say. 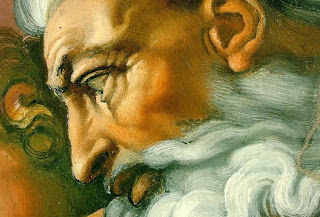 That Yahweh made it so that he was not the only one with something to do and the power to do it can be seen in the incredible responsibility he gives ādām to name all the animals. This might not seem significant to us, but, as Gerhard von Rad provides , "name-giving in the ancient Orient was primarily an exercise of sovereignty."(10) "Without any qualification in the text," Fretheim observes, "whatever the human being called each animal, that was its name (2:19). Whatever!"(11)

Furthermore, Arnold states that by "pronouncing the name of each [animal] as they were created, the human participated in the creative process with God."(12) As Fretheim says, in Genesis 2, "Divine decisions interact with human decisions in the creation of the world."(13) Andre Jolles powerfully conveys the significance of this name-giving:

This paints Yahweh as a God who shares power with his creatures. He genuinely cares about what the humans want to do and gives them the power to do it. As Phyllis Trible states, God here is not portrayed as "the authoritarian controller of events but as the generous delegator of power who even forfeits the right to reverse human decisions."(15) Fretheim echoes this, saying "the divine sovereignty in creation is understood, not in terms of absolute divine control, but as a sovereignty that gives power over to the created for the sake of a relationship of integrity."(16)

To step out of our present chapter for a second and go to the first creation narrative, we find a fascinating verse, in which Elohim says to the humans: "Be fruitful and multiply and fill the earth and conquer it, and hold sway over the fish of the sea and the fowl of the heavens and every beast that crawls upon the earth" (1:28). The Hebrew words for 'conquer' and 'hold sway' denote sovereignty, "an absolute or even fierce exercise of mastery."(17) Consider the powerful claims of Ps. 8:5-8:


...you have made [human beings] a little lower than God,
and crowned them with glory and honor.
You have given them dominion over the works of your hands;
you have put all things under their feet,
all sheep and oxen,
and also the beasts of the field,
the birds of the air, and the fish of the sea,
whatever passes along the paths of the seas.

Clearly, Yahweh's purpose was not to be the only being with something to do and the power with which to do it.

The human will can stand against the will of Yahweh

This is evident in the "vocation, permission, and prohibition" that Yahweh gives the humans:(18) "From every fruit of the garden you may surely eat. But from the tree of knowledge, good and evil, you shall not eat, for on that day you eat from it, you are doomed to die" (vv.16b-17) The humans can eat all they want from any tree of the garden, but they are forbidden to eat from the tree of the knowledge of good and evil. Furthermore, the humans were created to till and watch over the earth (v.15), to rule over it (1:28). Walter Brueggemann has observed that, today, the "divine will for vocation and freedom has been lost. The God of the garden is chiefly remembered as the one who prohibits. But the prohibition makes sense only in terms of the other two."(19) Yahweh gave the humans power and freedom, but also a warning of what happens when that power is abused. This warning would be nonsensical if the human will could not stand against Yahweh's will. Here is a God who does not always get his way.

Yahweh shares power, gives freedom, risks his will, and submits to the possibility of opposition. The human will can stand against his.

In the Yahweh-Israel relationship, the future is not all mapped out in advance


This is what the Lord says: Do what is just and right. Rescue from the hand of the oppressor the one who has been robbed. Do no wrong or violence to the foreigner, the fatherless or the widow, and do not shed innocent blood in this place. For if you are careful to carry out these commands, then kings who sit on David’s throne will come through the gates of this palace, riding in chariots and on horses, accompanied by their officials and their people. But if you do not obey these commands, declares the Lord, I swear by myself that this palace will become a ruin.
Jeremiah 22:3-5

What humanity's future will look like is up to their decisions: "All depends on what the humans do with what God presents."(21) Yahweh as revealed in Genesis 2 does not have a blueprint of his will for human history; he leaves human history is up to humans. The image of divine potter in Jeremiah 18 shows a God who adapts to the decisions of his people, not a God who decides their future himself. Is it a coincidence that the potter image can be found in the narrative of creation, the beginning of human history (2:7)?

In Genesis 2, God is not a fully transcendent, self-glorifying figure. His first act as Creator is not to demand worship from the creatures; rather, he focuses on them the whole time! He selflessly gives the human freedom, adheres to the human's needs, receives input from the human, and gives the human power. Genesis 2 reveals that Yahweh, unlike the gods of the ancient Near Eastern creation stories, is concerned with being intimately involved with his people, and sharing with them a genuine relationship, the sustaining of which depends on all of these qualities.(22)