Evangelicals are Thinkers, Too (even when they don't realize it) 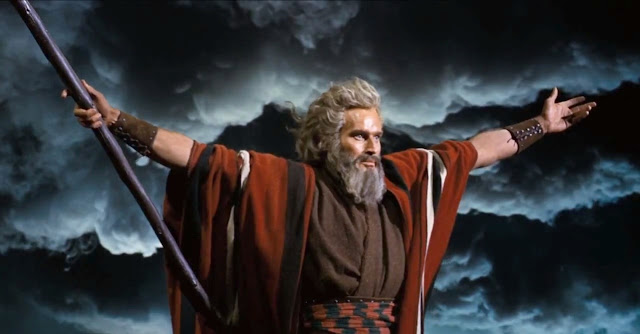 I believe in objective truth; I promise. The postmodern skeptic that I am, I still believe in affirming certain things as true (or at least as having truth-value). It gets tricky with morality, because with morality we actually decide what is or is not bad, immoral, to be frowned upon, whatever. Christian evangelicals often give skeptics like myself a hard time because we have no set moral base, no standard for determining what is right and wrong, and so--as the saying goes--"everything is permitted."

I agree that we have no set moral base. We have nothing to turn to which tells us outright what is moral and what is not. We do have to decide that ourselves. We do have to construct our own morality. I do believe in having a "foundation," and in having a moral framework. In that, I may be considered moderately conservative, even somewhat religious. But I also think that that moral foundation has to be constructed by us, and I take issue with how evangelicals think of moral foundations.

What I find ironic, humorous, sad, and irritating is that evangelicals generally don't realize that they don't have it any better. I know many who would quickly say things like "the Bible says," and who would refer to "God's law" or "God's created order." This is their moral framework. Fine. But there's a difference between believing something to be God's biblical law, and thinking of it as an ontological given.

In order to say "the Bible says" and to refer to "God's law," one has to have gone through so many steps in coming to that claim. One has to examine the Bible, dwell on the teachings of whatever church they're presented with, and decide the truth-value of everything they come across.

One also reads the Bible in a certain way (taking it at face value, or taking it literally, or researching it, or whatever). One also inherits cultural assumptions about morality, God, the Bible, etc.

Take the holiness code for example. No Christian abides by it, and yet it's in the Bible. How can this be? Well, with the help of theologians throughout the centuries, Christians have reasoned that they are not obliged to follow it because of Jesus, given what is said in the New Testament.

The often infuriating thing about evangelicals is that they don't seem to know that when they decide on a certain conclusion, on what to believe about morality, truth, etc., they are choosing to believe. Evangelicals are not passive recipients of objective truth. It's not that objective truth is being handed down to them in some unmediated, revelatory way. I can think of several people who seem like they think the "biblical truths" they believe in were handed down to them straight from God--as if no thinking was involved whatsoever.

None of us has any real moral foundation to refer to. People say the Bible is life's instruction manual, but that is in no way clear. To say so is not to accept the Bible as it is; it's to apply to the Bible a purpose that it may or may not actually serve, and there's a lot of finitude and a lot of intellectual decision-making (however flawed) that separates the Bible from the evangelical's interpretation and application of it.

If you do think the Bible provides the best one, knock yourself out. Some of us don't limit ourselves to the Bible, but it's fine if you want to believe that the Bible is the source of all knowledge about morality--just do so with the knowledge that you are making a decision to believe, not being unilaterally brought into the know. You are not the direct line from God to the world. You are a thinker, a believer, and a decider, just like the rest of us.
Posted by John Daniel Holloway at 12:08 AM