Sermon: Only Where There Are Graves Can There Be Resurrection (8/12/18) 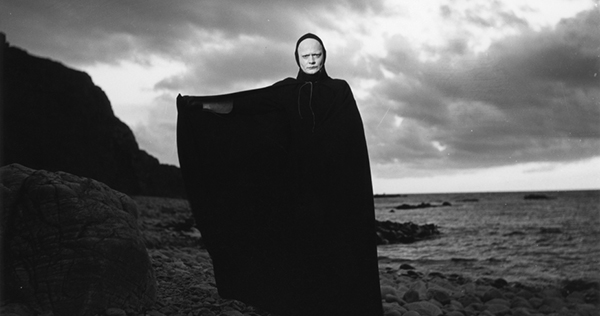 “Deal gently for my sake with the young man Absalom,” was David’s request. And it says “all the people heard” this order. Everyone knew that David wanted Absalom to be kept safe.

Last week, we saw that after David’s great sin the Lord declared, “the sword shall never depart from your house.” And here we come to another tragic tale in the house of David. David’s son Absalom had been leading a rebellion against David, seeking to usurp his father’s authority and inherit the throne early. But he underestimated his father’s political and military prowess, and now the chickens come home to roost.

Despite wanting to crush the rebellion, and despite distancing himself from Absalom by referring to him as “the young man Absalom” as opposed to “my son,” David wants him treated gently. He does not want more bloodshed for his house. Deep down, this is his son, and he doesn’t want to lose him.

But the sword shall never depart from the house of David. Absalom dies. He is not treated gently. He is not successfully protected or preserved by David. The sword takes another victim. Death comes with his scythe and claims another member of David’s household.

David is deeply moved. The Hebrew word here is ragaz. It means to tremble or quiver. It is the same word used to describe an earthquake. David was deeply disturbed, so much so that he was shaken to his core. The mighty king, the great warrior, who had just claimed victory over his enemies, is here founding trembling and weeping.

Now, he does call Absalom “my son,” and he does so five times, in a bitter wail. He repeats his name three times, and wishes that it was he who had died instead.

Death is an inevitable part of life. Just as we are born, we die. Just as there is life, there is death. For no one is immortal. Nothing we see is eternal.

We often say, “This too shall pass,” when we are experiencing a troubled time. And it is true. Ultimately, all things shall pass. Nothing lasts forever, not even you, not even me. We all have this fate in common: we will someday die.


Of all gods Death alone
Disdaineth sacrifice:
No man hath found or shown
The gift that Death would prize. …
There is no head so dear
That men would grudge to Death;
Let Death but ask, we give
All gifts that we may live;
But though Death dwells so near,
We know not what he saith.

It seems absurd. Since we’re alive, why is it that we should die? It seems impossible even. How can I die? Surely, there must be some way of avoiding this fate. Surely there is something I can do to bypass it.

And so the Silicon Valley folks spend millions and millions of dollars trying to overcome aging. And I read a New Yorker article last year detailing the multi-million-dollar projects of many of members of the super rich who are building their own private bunkers in case of some future catastrophe.

We don’t want to die. How do we stop it from happening? How do we protect ourselves? How do we preserve ourselves forever? “Deal gently with me,” we request.

Death is awfully antagonistic. It taps into our deepest drives and anxieties. While it is perfectly natural, and just as much a part of life as birth is, we still find it so fearful. And we disdain it with such resolve.

We disdain it because it means we are not lord. We are not self-sufficient. We are not independent, self-determining, lacking nothing. Death means we are not ultimately decisive. The world does not depend on our existence. We are not essential to the fabric of the universe, nor are we its center. And that makes us uncomfortable.

I think it was this discomfort that drove Adam and Eve to eat the fruit of the tree of the knowledge of good and evil. They were not comfortable depending on God. They decided that they would rather be independent, self-determining.

They were not comfortable with letting God be Lord. They decided that they would rather be lord.

They were not comfortable with God being the one who knows good and evil. They decided that they would rather have that information themselves.

“The serpent said to the woman, ‘You will not die; for God knows that when you eat of [this tree] your eyes will be opened, and you will be like God, knowing good and evil.’ So when the woman saw that the tree was good for food, and that it was a delight to the eyes, and that the tree was to be desired to make one wise, she took of its fruit and ate” (Gen. 3:4–6).

Last week I said that being human means living off of God’s provision. As humans we are recipients of God’s gifts, dependent on God’s sustenance and care.

By pronouncing the sentence, “You are dust,” God makes that truth abundantly clear. As James wrote, and I quoted this a couple weeks ago, “What is your life? You are a mist that appears for a little while and then vanishes” (4:14).

In death, we are cast upon the care of God. As Karl Barth says, in the face of death, “there is nothing left for me to do except to commend myself wholly and utterly into [God’s] hands,” for “the Lord is the frontier toward which we move.” Ultimately, death brings glory to God, for death makes it clear that only God is Lord. “God alone is immortal,” says I Timothy 6:16.

And so, Barth says, “we need not and cannot and must not fear death.” We have absolutely no need to fear death, because, Barth continues, “at the point where we shall cease to be, God the Lord intervenes for us. … [God] is the beyond in whom [we] in [our] transience … may see [our] temporal being … clothed with eternal life.”

It makes no sense to fear death when we know that the good Lord provides for us and will provide for us.

“God sets the lonely in families, [and] he leads the prisoners with singing,” Psalm 68:6.

“The Lord will not reject his people, because the Lord was pleased to make you his own,” I Samuel 12:22.

The eternal, almighty, and merciful God is our hope. Therefore, we should trust God.

To not trust God is to not fear God. In order to fear God, in order to respect and honor and glorify and revere God, we must trust God. And God is worthy of our trust.

To fear death is to doubt God’s mercy and lovingkindness. It is to do what the Israelites did in the wilderness. They did not trust that God would provide manna each day, and so they stored it up for themselves. But God did provide for them!

God provides and will provide. And as long as God is providing for us, we can live forever.

Jesus says, “I am the living bread that came down from heaven. Whoever eats of this bread will live forever.”

God, out of the abundance of his love, wants to provide for us. He gave us life, he gives us what we have today, and when we die, he will intercede for us. When we die, we will be cast upon his mercy and his care.

Oh, what a thought! To be put in the hands of the almighty, merciful, loving God of Jesus Christ! Can we hear this and not rejoice?

So, as Jesus continually has to tell the disciples, “Do not be afraid, but believe.”

Only where there are graves can there be resurrection, as, strangely, Friedrich Nietzsche stated.

I know it all too well. I have struggled with death anxiety for years, and I still have times when I am kept up at night thinking about it, dreading it.

But faith calls our fears into question. Faith reminds us that our anxious minds are not decisive, that the last word does not belong to us. In faith, we let God be true and every anxious mind a liar.

In faith, we fear God as our merciful, omnipotent savior, and we trust that God will provide for us.

So let us pray as the hymnist Thomas Ken did: “Teach me to live that I may dread the grave as little as my bed.”

In the name of the Father, the Son, and the Holy Spirit. Amen.