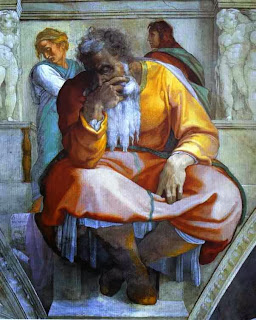 Jeremiah was an intense man of God. Known as the weeping prophet, he often used fierce language to describe his suffering. 20:7 is an example of such fierce language, and it is directed at Yahweh. The language here is so fierce that it has been widely dumbed down to make it less graphic. Surely Jeremiah was not blasphemous! Ironically, the not-so-harsh version suggests that Yahweh deceived him. To many, this is preferable to the harsher version which states that Yahweh seduced and raped Jeremiah. The purpose of this study is to assess whether or not ḥāzaq in this verse should be translated ‘raped’.

I. Defining the Term

The Hebrew word חָזַק (ḥāzaq) denotes the use of strength.(1) John Koehlenberger and William Mounce provide it may refer to ‘strengthening’—for example, “the Lord hardened (ḥāzaq) Pharaoh’s heart” (Ex. 9:12). It could also refer to using strength to acquire something, to seize.(2) The strength implied is outstanding, as the word, according to Carl Philip Weber, is often used to mean, “To be stronger than” or ‘to prevail’.(3) This explains the common translation of Jer. 20:7: “you have overpowered me and prevailed.” Abraham Heschel suggests that the word implies coercion by the use of violent force.(4) Kathleen O’Connor also prefers this more intense translation.(5) At the very least, the word denotes the use of strength; it is up to the context to determine what form that strength takes and how far it goes.

It would benefit this study to thoroughly discuss the other key word used in Jer. 20:7 (פָּתָה, usually translated ‘deceived’ or ‘seduced’), but such an excursus would take us too far afield. Nevertheless, a brief assessment of this word is necessary to determine what ḥāzaq in Jer. 20:7is supposed to mean.

Peter Craigie, Page Kelley, and Joel Drinkard, Jr., along with Heschel, maintain that ‘deceived’ for פָּתָה is not a good translation.(6) Heschel and O’Connor both suggest that it should be translated ‘seduced’.(7) Heschel cites examples in which the word is used "in the special sense of wrongfully inducing a woman to consent to prenuptial intercourse (Exod. 22:16 [H. 22:15]; cf. Hos. 2:14 [H. 2:16]; Job 31:9)."(8)

Both Heschel and O’Connor then suggest that ḥāzaq refers to rape, rendering it, "You have seduced me, and I am seduced; you have raped me, and I am overcome."(9) O’Connor prefers this translation, "because it conveys intimate violation and rupture of faith that accompany disaster, and it connects Jeremiah’s outrage with the fate of Daughter of Zion, raped by her divine husband (13:20-27)."(10) I find this convincing, as Jeremiah is often depicted taking on the sufferings of his people in his own experience.(11)

However, Craigie, Kelley and Drinkard prefer ‘persuaded’ and ‘overpowered’, saying that the sexual connotations of these Hebrew words are the least common, and, to them, the context does not suggest seduction and rape.(12) Thus, in order to come to a proper conclusion about ḥāzaq, we must consider the context of the lament, as well as the context of the entire book of Jeremiah.

III. The Term in its Context

In assessing Craigie, Kelley and Drinkard’s conclusion, we have to ask, “Does the context tell a story of a reluctant Jeremiah and a convincing Yahweh who overpowers him through persuasion?” I would be surprised if one could make a case for such an understanding. It seems more evident that Jeremiah is miserable, bitter towards Yahweh for forcing him to do something he never wanted to do, and struggling with a desire to abandon his vocation. Indeed, from the very beginning in his call narrative, Jeremiah’s response to Yahweh’s use of him was ‘Alas!’ (1:6).

Jeremiah often used intense language to describe his suffering and the suffering of his people. The combination of these words, whether or not their sexual connotations were in the author’s mind, implies a ferocious violation of the person of Jeremiah by Yahweh. That the Daughter of Zion is described in graphic imagery as being similarly violated by Yahweh (13:20-27) makes it quite probable that the verse implies rape. Thus, it seems reasonable to translate the verse to say what seems explicitly implied, using the words ‘seduced’ and ‘raped’.

Walter Brueggemann provides a helpful assessment of what Jeremiah is evoking in this lament:

Did God rape Jeremiah? Did he violently violate Jeremiah’s personhood for his own purposes? I see no reason why we should embrace this theology, but it is clear that this is how Jeremiah felt. He cried out to Yahweh because it seemed that he overcame and betrayed Jeremiah, and Jeremiah needed Yahweh’s help or else he would not be able to overcome the incredible feats for which he was called. He spoke of ‘terror on every side’ (v.10)—even from above—to insight Yahweh to be his ‘dread warrior’ (v.11) so that he would not be overcome, but would overcome.

Jeremiah was the king of using brutal imagery to voice the utter pain that he and his people were experiencing. That is what the entire book of Jeremiah does; it gives voice to the suffering to break down the barriers of self-destruction.(14) When he accused Yahweh of seducing and raping him, he was not doing so out of a blasphemous hate toward Yahweh; he was doing it because Yahweh had brought him immense suffering, and giving suffering a voice dethrones oppressive forces, provides the truth an opportunity to have its say, and ultimately allows hope to shine through brokenness.