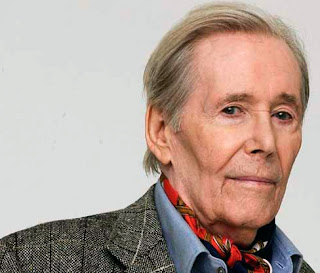 I once watched an interview with Peter O'Toole in which he talked about acting. He said, "In the Bible it says, 'the word became flesh.' I think that's the actor's job, to make the word become flesh" (not an exact quote). I found this to be a beautiful description of acting, and not only of acting, but also of the Christian life.

How can you embody Christ's way? How can you make the Word become flesh?

Peter O'Toole was most definitely one of the greatest actors of movie history. It is with great reverence that I pray he rests in perfect peace.
Posted by John Daniel Holloway at 1:42 PM