I continue my assessment of C.S. Lewis' theology of God and time. Lewis believed that God does not
experience moment-by-moment succession but sees past, present, and future all at once in the "eternal now." In Part 1 (here), I discussed this concept philosophically, and concluded that it is logically impossible. Here, I will discuss the concept biblically. 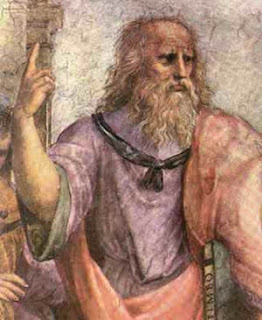 A friend of mine posed the following question in response to Part 1: "is the problem with eternalism eternalism itself, or the limited scope of our minds?" Indeed, many would argue that the fact that the eternal now concept seems impossible to us doesn't mean it's not the reality for God. His intelligence is far greater than ours and his eternal essence is incompatible with our finite minds. For this reason, many believe it because it doesn't make sense. I have a few things to say to this:

1) That very well may be the case. However, we then have to ask, on what authority do we conceive of this idea? If it is in Scripture, then, yes, we do have to accept it whether it makes sense or not. However, it isn't in Scripture, and Lewis himself recognizes this.(1) So then, did God tell Lewis how he relates with time? Did he explain to him what it means to be eternal? What requires us to believe that this is the view we must accept?

2) Lewis said this theology is simply what makes sense to him.(2) He is appealing only to his finite mind. Likewise, the concept was introduced because it seemed like the logical way an eternal being would "relate" to time. Why must we accept a view that only comes from the minds of men?

3) The fact that Lewis appealed only to his reason makes the view posed at the beginning of this blog quite ironic given the fact that the eternal now concept was thought up by philosophers using reason to understand how an eternal being would relate to time. The truth is, we cannot know how God relates to time. Though Lewis would most likely agree, I think he is too presumptuous in his musings, especially since he does not appeal to any higher authority. Christian theology should ultimately come from Scripture. We should be very cautious of developing concepts of God that aren't in Scripture.

Does Scripture Point to an Understanding of God and Time?

I do not claim to know the proper answer to this question, as I am not an eternal being and have no knowledge of what an eternal being is actually like. However, I do think there is enough to go off of in Scripture to say without a doubt that God does at least experience moment-by-moment succession. I do not have the space or the inclination to make a complete case for this, but I will provide several examples that show that the eternal now concept is incompatible with the biblical accounts, and that God does experience time.(3)


What if God, willing to demonstrate his wrath and to make known his power, endured with much patience vessels of wrath made ready for destruction?
Romans 9:22

Really, this discussion could stop at the mention of God's patience, for a god who does not experience time cannot experience patience. If anything implies time, it is patient endurance. The word means long-suffering. If God experiences past, present, and future all at once in the eternal now, he absolutely does not endure anything with much patience. We should know from the culture in which we live that 'Now' is completely incompatible with patience. Not only does enduring something with much patience imply moving from one second to the next, it implies experiencing a considerable amount of moment-by-moment succession. God cannot be both long-suffering and timeless.


I thought,
How I would set you among my sons,
and give you a pleasant land,
a heritage most beautiful of all nations.
And I thought you would call me, My Father,
and would not turn from following me.
Surely, as a treacherous wife leaves her husband,
so have you been treacherous to me, O house of Israel.
Jeremiah 3:19-20

In this chapter, we see a before-and-after occurrence with God. Before, he thought he would bless them, but now he has to deal with their rebellion. This could not be possible if God was timeless and the past and future were both present to him. God would not experience a before-and-after; there would only be now.


Perhaps they will listen and everyone will turn from his evil way, that I may repent of the calamity which I am planning to do to them because of the evil of their deeds.
Jeremiah 26:3

Perhaps they will listen? that I may? repent? A God who is in past, present, and future now does not say 'perhaps', because that implies that what he is experiencing precedes something else. His supposing that his people will listen precedes their listening or ignoring. If God existed in the time in which they chose whether or not to listen to him while simultaneously existing at the time when he said this, he wouldn't say it! Not only would he know when he said it that they wouldn't listen, but he would see them not listening.

Likewise, an eternal now God does not change his mind and relent on something he was planning on doing, because, again, there is no before-and-after with him. A timeless God does not plan to do something at one point and then change the plan at another; his plan simply is now.

I could go on and on, verse after verse, because throughout Scripture we can see God experiencing time, and, furthermore, no one in Scripture has any problem with it, unlike the philosophers who thought that the idea of God relating with the world--let alone within time--would point to an imperfection in his nature.

Lewis begins his chapter "Time and Beyond Time" by addressing an issue concerning prayer: a man told him that he could believe in God but could not swallow "the idea of Him attending to several hundred million human beings who are all addressing Him at the same moment."(4) Lewis responds by laying out his theology of God and time. God isn't "hurried along in the Time-stream of this universe," but lives in the 'eternal now', and, thus, "has all eternity in which to listen to" the prayers of people.(5)

The issue posed here displays a lack of knowledge about some of God's significant attributes. What's amazing about the God of Scripture is that he does attend to millions of people who are addressing all at the same time. God is omnipresent, omniscient, omnipotent, and omni-resoureful. He is present everywhere, with everyone. When you pray, he is right there with you; and he knows what you need, and he knows the best way to respond to all of your actions; and he is powerful enough to attend to your prayers. With all of this, he is omni-resourceful. God is so awe-inspiring that he can attend to all of the actions of free agents within time. 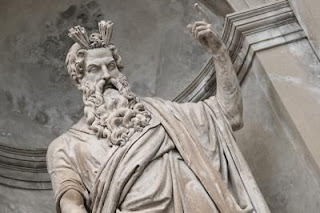 God Isn't What Man Thinks He Should Be

This eternal now concept was developed by philosophers attempting to come up with the characteristics of God through reason.(6) They thought, God is perfect, and what is perfect does not change, does not experience emotion, and is not subject to time. Surely the God that created time would not himself experience it! Or, as Lewis said, "Almost certainly, God is not in Time."
Ironically, this is a finite understanding of God. Finite reason led man to this conclusion, not Scripture. The problem with eternalism is not that the scope of finite minds is too limited to understand eternity, but that it was only limited finite minds that came up with it!

Lewis should not have said that a characteristic of God is 'almost certain' when he himself recognizes that it isn't even in Scripture. Many people assume many things about God simply because that's what they were taught, that's what their reason tells them, or that's the popular consensus. We should be getting our theology from Scripture; we should not read Scripture with preconceived theological assumptions.

What is amazing about the God of Scripture is that he relates to the world in time, he adapts to their actions and is affected by their actions. He is intimately involved in every second of human history. He is not the unattainable, immutable, impassible, unmoved mover. In other words, he is not what man thinks he should be.