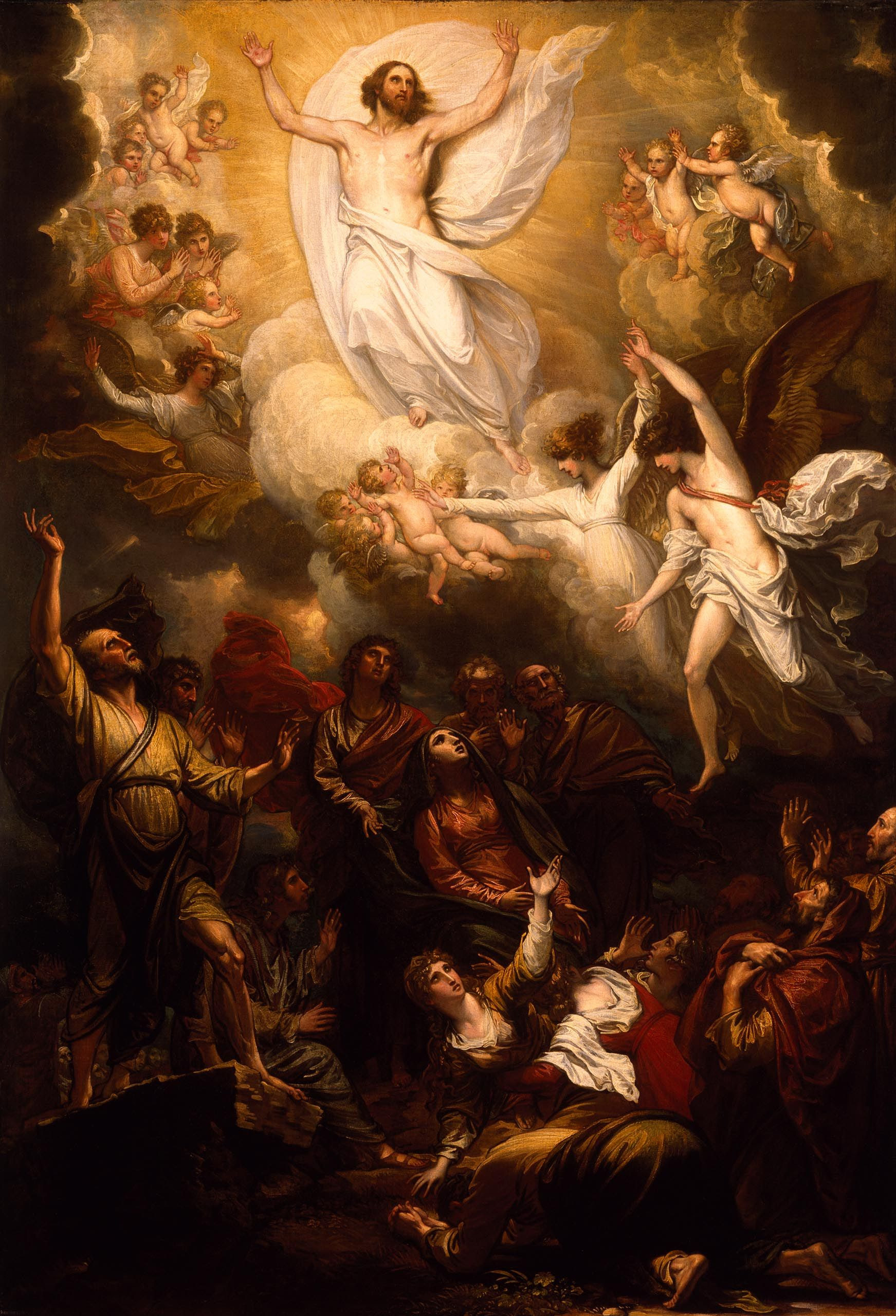 "It is not the hearers of the law who are righteous in God's sight, but the doers of the law who will be justified. When Gentiles, who do not possess the law, do instinctively what the law requires, these, though not having the law, are a law to themselves. They show that what the law requires is written on their hearts, to which their own conscience also bears witness; and their conflicting thoughts will accuse or perhaps excuse them." Romans 2:13-15

Jesus also emphasized actions as an essential part of being a follower of God, saying, "only those who do the will of my father" will enter the Kingdom of Heaven (Matt. 7:21), and that in order to love him one must obey his commandments (Jn. 14:21). Furthermore, he promises that "he who loves me will be loved by my Father, and I too will love him and show myself to him . . . we will come to him and make our home with him" (vv.21,23).

Paul said that "God will give to each person according to what he has done. To those who by persistence in doing good seek glory, honor and immortality, he will give eternal life" (Rom. 2:6-7)

So how much does one need to know in order to be saved? Can people serve God without knowing it, and, by doing so become saved?


Preface: Existentialism focuses on one's subjective, personal experience of the world. A friend of mine and a Kierkegaard scholar once defined it to me as, "the study of how you are the decisions you make." While this was said to me flippantly, it does reflect a central aspect of existential philosophy; that is, the grand significance of one's decisions. In speaking of existentialism and Christianity, I am focusing on one's subjective, personal experience of the Gospel, and how one's decisions contribute to that experience.

The notion that people can serve God and obtain salvation without knowing it is possible because of the ability God has given us. "Behold," Christ says, "the kingdom of God is within you" (Lk. 17:21). Though it is through faith that we are saved, it is by grace that we have faith. And grace, Karl Rahner explains, “makes it possible for [one's spiritual] movement to reach God in himself . . . grace divines man and bestows upon him a share in the holiness of God.”(1) Rahner calls grace the self-communication of God. This self-communication, he says, is


offered to all and fulfilled in the highest way in Christ . . . [and] constitutes the goal of all creation and . . . even before he freely takes up an attitude to it, it stamps and determines man’s nature and lends it a character which we may call a 'supernatural existential'. . . . This means positively that man . . . already experiences the offer of grace – not necessarily as grace, as a distinctly supernatural calling, but experiences the reality of its content.(2)

What he is saying is that grace has reworked and redefined human nature. The "supernatural existential" Rahner refers to is the indwelling grace within humans that enables them to choose God existentially--meaning, through their decisions. This was made possible by Christ, who objectively accomplished salvation for the entire world (1 Jn. 2:2). As Rahner says, "man is already subject to the universal salvific will of God, he is already redeemed and absolutely obliged to tend to this supernatural end. This . . . is an objective, ontological modification of man, added indeed to his nature by God’s grace and therefore supernatural."(3)

Objective salvation includes, however, the need for subjective participation in it in order for it to be effective in one's self. Through our decisions, we either choose salvation, manifesting the objective truth that Christ established, or we choose to step away from God. This is why "whatever is not from faith is sin" (Rom 14:23), because faith means subjectively embracing the objective reality that Christ accomplished on the Cross; in rejecting that reality, one embraces lies and, consequently, sin.
The Trinity is in the business of drawing all of humanity to them (Jn. 12:32). The Father, Son, and Holy Spirit are constantly trying to reconcile all people through self-communication(4) so that everyone might experience the love that is contained within the Holy Union. As Clark Pinnock says,


The Spirit embodies the prevenient grace of God and puts into effect that universal drawing action of Jesus Christ. The world is the arena of God's presence, and the Spirit knocks on every human heart, preparing people for the coming of Christ; the Spirit is ever working to realize the saving thrust of God's promise for the world. From the Spirit flows that universal gracing that seeks to lead all people into fuller light and love.(5)

With this understanding, we can see that when God says to Paul in Acts 18:10, "I have many people in [Corinth]," he is referring to the people that have been choosing him with their thoughts and actions without necessarily knowing the Gospel message. They had responded positively to the Spirit of God. They had said 'Yes' to God; they accepted divine grace.(6)

This understanding leads us to the possibility of the anonymous Christian, a belief that has been embraced throughout church history. Origen believed it to be true, stating,


It can happen that a person who lives under the law, even though he does not, because of the common belief [of his people], believe in Christ, nevertheless does what is good, practices justice, loves mercy, observes chastity and continence, acts modestly and gently and practices every good work--such a person . . . cannot be lost."(7)

Similarly, John Wesley believed that we have reason to hope that, although they live among "heathen," many people are "quite of another spirit, being taught by God, by his inward voice, all the essentials of true religion."(8)

C. S. Lewis thought it was even possible for there to be "people in other religions who are being led by God's secret influence to concentrate on those parts of their religion which are in agreement with Christianity, and who thus belong to Christ without knowing it."(9) He wrote the character Emeth (the person in the picture at the top) in his book The Last Battle as an archetype of such a person. Emeth grew up a worshiper of a god named Tash. He also thought Aslan, the God of Narnia and the Christ-figure, was the enemy. He ends up realizing the true evil nature of Tash and crossing paths with Aslan. "Alas, Lord," he says, "I am no son of Thine but the servant of Tash." Aslan then answers him:


"Child, all the service thou hast done to Tash, I account as service done to me. . . . I take to me the services which thou hast done to him, for I and he are of such different kinds that no service which is vile can be done to me, and none which is not vile can be done to him. Therefore if any man swear by Tash and keep his oath for the oath's sake, it is by me that he has truly sworn, though he know it not, and it is I who reward him. And if any man do a cruelty in my name, then though he says the name Aslan, it is Tash whom he serves and by Tash his deed is accepted. . . . unless the desire had been for me thou wouldst not have sought so long and so truly. For all find what they truly seek."(10)

Consider also a real life example. Richard Wurmbrand wrote about a Russian lady officer he approached on the street to talk to her about Christ. "Do you love Christ?" she asked, and he said "Yes! From all my heart." She fell into his arms and started kissing him, and then exclaimed, "I love Christ, too!" Wurmbrand found out that "she knew nothing about Christ--absolutely nothing--except the name. And yet she loved him."(10)  There is no limit to what the Spirit can accomplish, even with those who have no knowledge of the Gospel.

God is a god that will find every reason to bring people up to him (cf. 1 Cor. 3:10-15). But don't get me wrong, there is weight on what a person knows (or does not know). As Christ said, "From everyone who has been given much, much will be required" (Lk. 12:48). To whom much knowledge of Christ is given, much is required. Likewise, to whom little knowledge of Christ is given, much is not expected. As my grandfather likes to say, "You know what you know and that's all you know!" Many people don't know about Christianity or the Bible, and God knows that. God is "the God of all nations," says Abraham Joshua Heschel, "and all men's history is His concern."(12) God is gracious enough to make provisions for those that have little knowledge of him. Many people "know not what they do" (Lk. 23:34), and God understands that. He knows everyone's heart and the fruit that each bears, and he will judge accordingly.

Most Christians know the saying of Christ that "He who is not with me is against me" (Matt. 12:30 & Lk. 11:23). But elsewhere Christ also said, "He who is not against us is for us" (Mk. 9:40).(13) If people do not know Christ, then they are not against him, unless they go against him with their thoughts and actions. But if they are for him in their thoughts and actions (for he would know if they were) then they are indeed with him. If the fruit of their hearts point to God, then they are for him, and bringing them up to Heaven is not a violation of their free will (see the section "The Power of Choice" in this blog to understand what I mean here).

I contend that this is exactly what the Romans passage at the top means. In fact, I think you could take what Paul is saying about the law and apply it to the Gospel. It is not the hearers of the Gospel, but the doers of the Gospel that are justified and righteous in God's sight. Those who do instinctively what the Gospel requires are a Gospel to themselves, because they show that what the Gospel requires is written on their hearts (which was what God wanted to accomplish with the New Covenant; Jer. 31:33).

To conclude, those who do not hear the Gospel message can do the will of the father, and by doing so be granted admittance into the Kingdom of Heaven (Matt. 7:21). They can persistently pursue glory, honor, and immortality in their actions, making them worthy of eternal life (Rom. 2:6-7). By their Christ-like fruit, they will be known (Jn. 14:20). Paul says "those who are led by the Spirit of God are children of God" (Rom. 8:14). They, by responding affirmatively to God's grace, can be led by the Spirit to God's embrace. They, through obedience to Christ's law written on their hearts and through their love and service to others, can existentially love Christ. Christ revealed that to abide in his love means to obey his commandment to love others (Jn. 15:9-17). Indeed, Christ says "whatever you [do] for one of the least of these brothers of mine, you [do] for me" (Matt. 25:40). By being led by the Spirit through their affirmative response to God's grace, by loving Christ through obeying his commands, The Father, Son, and Holy Spirit will be revealed to these anonymous Christians (Jn. 14:21). The Trinity will come to them and make a home with them (v.23).

And this is all possible because of God's grace and his universal salvific purpose to draw all humanity to himself through his self-communication, the ever-working Holy Spirit and his son Jesus Christ, who accomplished everything we needed in order to come to his arms.