Because I'm Not Afraid 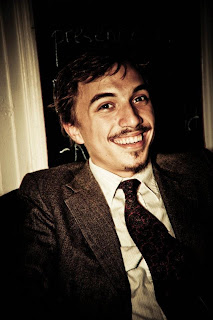 I could go on, but you get it.

Now, I am a Christianarchist, and would never consider myself conservative or Republican.
I think gay marriage should be legal.
I have a very different perspective on Scripture.
I no longer think Job was a real person, nor do I think much of Genesis 1-11 is literal history.
I recognize the contradictions in Scripture, and they don't bother me because I no longer operate under an inerrantist mindset.
I believe in universal reconciliation.
I think a lot of conservative Christians are going to be surprised at how many homosexuals end up in heaven.
I don't speak in tongues, and I don't have a problem with that.
I love a lot of Catholic theologians and respect devout Catholics.
I am a pacifist.
and I am an open theist.

Am I going to be an open theist forever? Am I going to be a universalist forever? I don't know. Possibly not. The future is open ;)
I think open theism is true. I think universal reconciliation is true. But does that mean I'm not open to changing that in the future? No.
If what I find in my search for truth points away from one of my beliefs, I will re-evaluate.

I know I'm not always this way. We all have our caves.
I know I am stubborn in ways, and unwavering in many of my beliefs.
But for the most part, I try to be genuinely always reforming.
My problem with the statement, "Reformed and always reforming," is that it is mostly used by people who don't actually do any reforming.

My main point with this blog is this:
Don't be stubborn with your beliefs.
Don't reject a radically different view simply because it's radically different.
Don't get too comfortable with your ideology that you reject all others simply because they don't fit.
Question your views.
Question your interpretations of Scripture.
Consider other viewpoints.
Consider your critics.
Consider views that you find daunting.
If you don't, there's a good chance you'll end up in an ignorant bliss--one that you call 'biblical truth' but is really naivete.
Posted by John Daniel Holloway at 5:42 PM