What we can learn from Schleiermacher about Christianity and missions 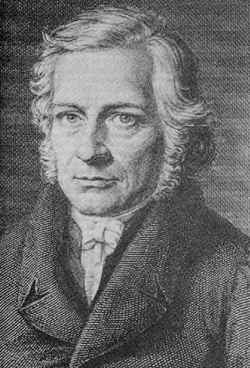 Romanticism was flourishing in the 18th-19th century when Friedrich Schleiermacher began his ministry. According to Roger Olson, Romanticism was

"an emotional reaction to an overemphasis on objective reason in the eighteenth-century Enlightenment. The Romantics reveled in "feelings," by which they meant not irrational emotions but deep, human longings and appreciation for beauty in nature."(1)

This movement created a cynicism towards traditional Christianity. Schleiermacher wanted to find a way to transcend the Romanticism-Christianity divide by showing that there is a point at which the two meet without difficulty.

Schleiermacher "explained that the essence of religion lies not in rational proofs of the existence of God, supernaturally revealed dogmas or churchly rituals and formalities, but in a . . . feeling (Gefühl) of being utterly dependent on something infinite that manifests itself in and through finite things."(2) Gefühl is a German word without an English equivalent, but could be described as a "deep, inner awareness." The word denotes "the distinctly human awareness of something infinite beyond the self on which the self is dependent for everything."(3) It was through this idea that Schleiermacher appealed both to the Romantics and to the Enlightenment thinkers. He explained that the religious "path was to discover and foster that universal human religiousness within themselves . . . and discover their link with the infinite that was already there within themselves."(4) He came to refer to this deep, inner awareness as "God-consciousness" and believed that the essence of Christianity is this "deep awareness of being dependent upon God (God-consciousness) and upon Jesus Christ as one's link to God."(5)

However, we must separate the wheat from the chaff with Schleiermacher, for he was a liberal theologian who attempted to adapt Christianity to modern beliefs. He believed that the Bible is not infallible or inspired but rather "a record of the religious experiences of the earliest Christian communities," because, to him, "talk about God is always talk about human experience of God."(6)
He degraded the importance of the Old Testament because he, like many others, believed it to be inconsistent with the New Testament.

Though he did not reject the doctrine of the Trinity, it didn't fit with his doctrine of God-consciousness and so he had doubts about it and deemed it meaningless to theology.
Furthermore, Schleiermacher seemed "to discourage or forbid belief in special divine interventions."(7)

He also believed that Jesus Christ was completely human in nature, but "because of [his] potency of God-consciousness, [he] was the Savior of humanity because . . . Through his life and death . . . Christ draws believers into the power of his own God-consciousness and imparts it to them in some measure."(8) Thus, Christ to him was not actually the incarnate God.
It seems like he tried to adapt Christianity to fit everything he thought it should be.

What can we learn from Schleiermacher about Christianity?

Though I wouldn't say that the heart and soul of Christianity is a deep, inner awareness of God (for there is so much more), there is a lot of truth in his teaching on God-consciousness. Every single person was created with a longing for the divine, or, as a friend of mine likes to call it, the unseen. In this, we are dependent upon God. We need God. Human frailty gives evidence to this.

Why are we never satisfied? Why do we always want more? Because there is something beyond everything that we all need and for which we all have a burning desire. It lies in all humans but, of course, many--if not most--are not aware of it. That is why God-consciousness is important. We become aware of our need for God.
Blaise Pascal says it brilliantly;


What else does this craving, and this helplessness, proclaim but that there was once in man a true happiness, of which all that now remains is the empty print and trace?
This he tries in vain to fill with everything around him, seeking in things that are not there the help he cannot find in those that are, though none can help, since this infinite abyss can be filled only with an infinite and immutable object; in other words by God himself.(9)

What can we learn from Schleiermacher about missions?

What is significant to America today? Love!

How many movies are about love? It seems like every single movie has to have a love relationship in it or it is incomplete.
How many songs on the radio are about love?
Jefferson Airplane sang,

I could go on because it's everywhere.
Love seems to be the one thing that everybody wants.
Allen Ginsberg wrote, "All we do is for this frightened thing we call Love!"(10)
This should be good news to Christians! Why? Because what does the Bible say that God is? LOVE!
And we have a nation obsessed with the pursuit of love!

People everywhere have fires in their hearts longing for love. Like Paul wrote in Roman, "all creation groans" (Rom. 5:22) because the nature of all things has been upset for all of human history.
Unfortunately, the love our generation finds is not the water they think will put out their fires, but is actually oil labeled "Water." They pour this oil on themselves, completely unaware of the Ocean right behind them.

Our job as disciples of Christ is to become aware and make people aware of that Ocean, to dive in and invite them to dive in with us.
Our job is to introduce them to the salvific love of Christ.